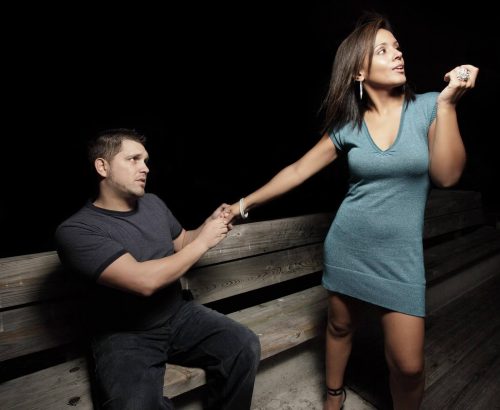 From my porch here, one of the inevitability of life is that sooner or later, your girlfriend would leave you. Sometimes there is a make-up. Sometimes, getting her back never happens. She is gone for good.

That is why anytime I see a young dude with all his obvious flaws,  raving about his new girlfriend as if he just discovered the ultimate guide to completely understanding a woman, I just smile.

The type of smile that is pregnant with something like, ‘You ain’t seen nothing yet. Enjoy it while the good time rolls.’

No matter how seemingly perfect the relationship, no matter how hard you work, you need to accept the fact that somethings can be changed. Just like you cannot change the fact of sunset and sunrise everyday.

Your girlfriend would leave because in life, anytime can happen. As if you needed to be told that.

Looking through at the reasons your girlfriend would leave should be a call to just relax and enjoy yourself. Then take the breakup in your stride knowing that stuff like that would always happen.

On the other hand, you can put a stay of execution on getting dumped if you can avoid 90% of the listed reasons below.

Your Girlfriend would leave because you are immature 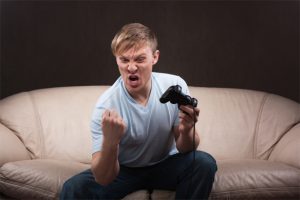 Sadly, many dudes link maturity to age and experience. Because you have a deep voice; are a tall hulking fellow with a good job where you lead a team of individuals; it doesn’t necessarily confer maturity on you.

Maturity is all about the brain. So while physically you might look the part, your brain though is still like that of a kid.

And women hate that. They find it really disappointing discovering that the man they thought had everything is really just a kid in a man’s body.

At first she might think your behavior is cute and fun. But later, she’d get tired of it. No woman wants to be with a childish man when push comes to shove.

Your are boring and unexciting 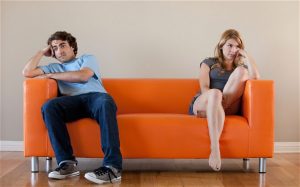 Boring and unexciting are the things to expect when you are already married for some years . That is inevitable after living with the same person for a long time.

But in relationships, you really need to avoid being constantly boring.

Unless you are an introvert in which case she knows that is how you are wired, you must find new ways to put sparks in the relationship.

The point is, simply go ahead and marry her if you don’t want to lose her; but at the same time find it hard to be exciting to her.

On the other though, tying the knot with her because you are boring is a poor excuse to get married.

You are too obsessed with her 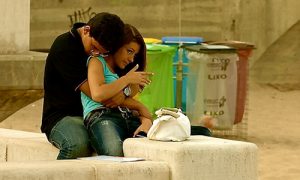 A good sign that a man is obsessed with his girlfriend is how much time he dedicates to her in relation to other aspects of his life.

If you spent too much time with her, that makes you clingy and too needy. Women don’t like that most of the time.

You are better off giving the impression you have a life outside of her. She’d respect that. For one, it gives her time to also pursue her own interests without having your whiny presence all the time.

So stop always calling her to ask where she is and what she is up to; quit constantly begging her not to go home and stay longer with you; and avoid constantly touching her and always keeping tabs on her.

Those are obsessive habits guaranteed to make sure your girlfriend would leave you.

You are too nice to her

I guess it is an irony of life that your girlfriend would leave you over being too nice.

The ‘too much if everything is bad‘ applies completely in a case like this.

Being too nice to your girlfriend invariably leads to losing the plot in the relationship. She would be able to do anything, no matter how unseemly, and get away with it because you are just too nice.

Being too nice might even sent signals you are scared of her. Most often than not though, a girl would rather the man took charge and control of the relationship.

‘Too nice‘ has so many drawbacks I am tempted to call it a psychological problem for the dude.

Fact is, if you are too nice, it would make her feel too important, almost like a sort of god to you.

And because of that, she can do anything to you including walk away from the relationship without looking back.

You whine and complain too much 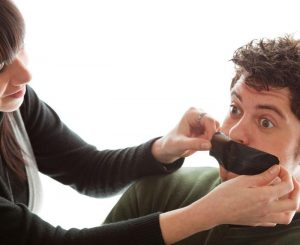 This is one good reason your girlfriend would leave you. Whining and complaining fits perfectly into what an immatured adult would do.

However, you could be a matured person, but for some reason you can’t help talking non-stop about things you don’t like.

This is one character trait that shoots out vibes of negativity. I mean, you must do these things because surely, you must be a negative person.

Your girlfriend would leave you if she has any sense at all.

You are too emotional 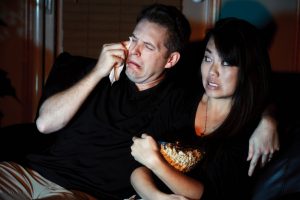 Women like a sensitive man. But there is sensitive and there is too emotional.

Women are wired by society to expect men to be rational and logical most of the time. But if your ‘most of the time’ is all about being too emotional, her respect for you begins to wither away.

You girlfriend really wants you to be the strong silent type. A shoulder for her to lean on and not the other way round.

Your girlfriend would leave you if you are too jealous 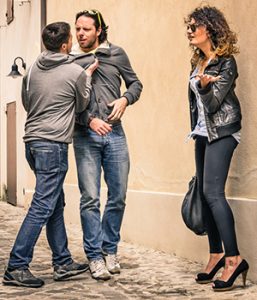 A bit of jealousy is good. In the intricate nature of relationships, showing a bit of jealously is a sign you really care about her.

But if you are too jealous…..be ready to lose her sooner or later.

‘Too jealous’ shows in how you react to every man she talks to. If you constantly question her for very long about any man she had a conversation with, she’d become resentful and leave. Because you are creating a prison-like atmosphere around her. And nobody likes feeling caged.

One effect of being too jealous is that her private space would be violated by you. You’d constantly check her phone for suspicious texts or calls.

Online, you would stalk her to see what she does on her social accounts.

These are just six broad reasons your girlfriend would leave you either permanently or temporarily. Either ways, if you don’t change, chances of being dumped in the future would be a recurring theme in your life.

Ladies, if you have more reasons you are likely to leave us, please share it with us in the comment section below. At least, you’d help us become better partners to you.