There was this day, a long time ago, that Ambrose threw out this question at us, ‘Do you guys know what it takes to win a girl?’ The way we gazed at him in rapt attention underlined the unending question of who has the most power in dating? 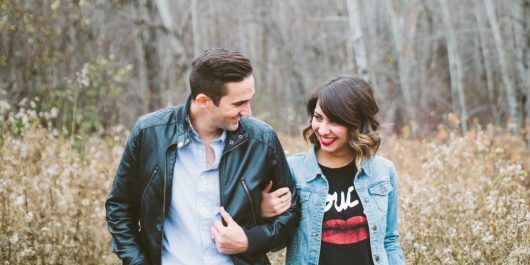 Ambrose is the sort of dude that when it comes to dating girls, delivers on his promises. He has dated more girls than I have seen naked men in real life. So, he was a sort of expert as far as dating goes.

So listening to him tell us about what it takes to win a girl was like finding the Holy Grail of how to toast a girl.

But I have to confess Ambrose was a disappointment to our young incredulous minds that day. He had just one word for us as answer to his question: confidence.

We actually wanted to hear how he does it. His methods, his schemes and the ultimate magic words. In short, his modus operandi.

To us, confidence can hardly get you beyond first base with a girl especially if she doesn’t like you a bit. Point is, to our young minds, the answer to the question, who has the most power in dating? is a no-brainer. It is the girls of course.

Ambrose was full of shit as far as we were concerned.

But years later, I found out he was completely right about the confidence thing. But about who has the most power in dating, that is a different ball park entirely.

You see, we men are simple creatures with simple desires and it doesn’t take much to please us. All we want is basically a moment of the girl’s time in bed and we are satisfied.

Most girls know that. For that reason, they tangle the promise of a blissful timeout in bed with us to get us to do anything for them. Unfortunately, we men do really ridiculous thins just to get ‘it’ from them.

The most unfortunate part is the desperation we show in our hunt for just a few minutes of sex with the ladies. That is what make us powerless: the desperation.

Somehow, we equal that desire to mean women have all the aces. And as far as that goes, they actually have it. I certainly do not have a solution to that.

I mean, I can decide to be all high and mighty here and say men should practice abstinence to teach the women a lesson. That did not work for me. Fact is, women can go without sex or thinking about it for a very long time. Many women even prefer it that way.

Can we men compete with that level of abstinence? Even priests that swore oaths never to do ‘it’ can’t reign in their libido in the presence of a hot chick.

Anytime I see a man as ugly as Jay Z having it off with a sultry beauty like Beyonce, the first thing I need to know is his bank balance. Nine times out of ten, the man is seriously rich.

And I am not talking about the kind of rich guy that survives from pay check to pay check.

For men, money is the one thing that tilts who has the most power in dating question in their favor.

That is why you hear talk like there is nothing like an ugly man as long as money is in abundance. Or, ‘You can get ruined chasing women, but can have all the women you want chasing money.’

For young men, the thought of having to wait until they have serious money in their accounts before going after their dream girl is never a factor. The lack of patience in getting her now would push them to doing silly and demeaning things.

Thing is, when you have money, you become like the ultimate magnet for women. The ‘confidence’ Ambrose threw at us would just naturally become part of you the way a well tailored suit sits on the shoulders of a male model.

So who has the most power in dating? 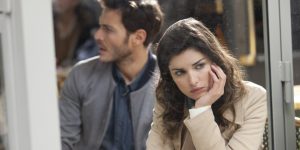 I have hung out with enough women to hear talk like, ‘I wished I were born a dude. I would have as much flings as I can get before settling down.’

Implied there is that men control things in dating.

And I know many guys who would rather avoid the stress of having to woo a woman just because they hate being toyed with.

Trying to date a very  beautiful girl really shows the girl is who has all the power in dating. Guys compete amongst themselves to get her attention. And all she has to do is smile and look pretty.

Just recently, a wiseman whispered to me that power is really an illusion. People get power if we give it to them. In other words, nobody has real power in dating. It is just the perception of power.

That is too much philosophy for something as mundane as dating I must say. It doesn’t solve the fact I need to do all the right things or my hot girlfriend would leave me for some jerk who seems to know how to make her feel good. At least better than me.

If you have something to add to my ramblings, please do so in the comments section below. I really need a definitive answer on this issue. Or you can share this piece on Facebook or Twitter with your friends, maybe a nugget of wisdom would pop out from there. Cheers.