The fact remains that you’ve done one or two of the reasons you’re about to read below to her which affect her in one way or the other, and she’s feeling the pain but unknown you. 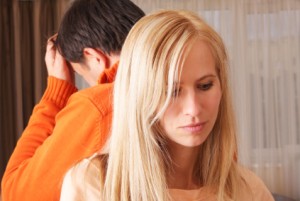 It is a misconception that girls get hurt more than guys when things go wrong in the relationship, both of them feel equally depending on who’s hurting each other.

You see, when your girlfriend is no more interested in the relationship with you and dump you, you’ll feel hurt but what is more painful when girls dump guys is not knowing the reasons that cause the dumping, it really hurt bad.

The thought of being cheated

Girls don’t like feeling being cheated, it really gives them lots of headache and take their focus away from other important things they are suppose be doing. Guys can still cope with the thought of being cheated by their girlfriends but for girls….. it is a no, no, no go area. She will not accept it and might go ahead on that assumption to break up with you especially if it has become too frequent.

So, as a guy who really mean well for the relationship, you just have to try as much as possible to make sure, the thought of being cheated never cross your girlfriend’s mind. If it happen to be, just be sincere about it and explain things exactly the way it is and ensure you prevent incident that will make her think of being cheated again.

We have different families, so also their ways of life and how they interfere and handle thing are different. Why your girl’s family might be a little crazy, your own family might be completely mental about wanting to know exactly what is happening in your relationship. No girls will want any family interference in their relationship business with you.

If you take too much control of the relationship

The 3 reasons aforementioned above are very vital, you should not take it as mere advice why your girlfriend might not be interested in the relationship anymore.

Love to hear what you think about the reasons above, please make use of the comment box below for your contribution and don’t forget to share this post if you’ve learnt something from it using any of the social media icons below. Thanks