Is It Forbidden To Be A Nice Guy?

In the dating world of today, ladies pay more attention to bad boys more than they way they pay attention to nice guy. You don’t need anybody to prove this to you because it’s everywhere except if you decided to close your eyes to what is happening in and around your area.

The question is that, is it forbidden to be a nice guy? I sometimes asked some guys and also group of friends I had sometimes ago about this issue. Why do women flock after bad guys even after which they knew that the guy is a bad guy, (the bad guy I’m talking about here, is not someone that is a thief, murder, or any kind of heartless human being). 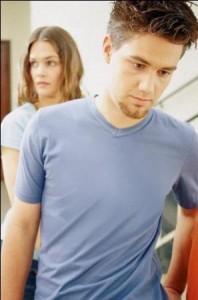 It may interest you to know that all bad guys are hunters and women love to be hunted. It makes the game of dating an exciting race between the bad guys and women. But why are nice guys not a hunter? Since women love to be hunted, I think nice guys should learn how to hunt and hunt the beautiful women out there and even try to hijack them from the hand of the bad guys. But nice guys are not going to do that because of their nature.

Why it is that nice guy don’t want to enter into the exciting game of hunting women? In fact, some nice guys though not all of them, love it to be the issue of the hunter being hunted but that won’t come easy except for desperate situation where the woman has been hunted several times and nothing concrete comes out of it, then she may turn to hunt the guys or men who are suppose to be the hunter.

1. Every nice guy you may come across (not the pretenders), is primarily relationship oriented. Of course, he may be attracted first by the woman’s external beauty, but it is her internal beauty that he values most highly. But for bad guy, the hunters, their exclusively achievement-oriented, hunters do not value what a woman thinks, says or feels; all that matters is that she has a woman’s body and he wants to get his hands on it.

But come to think of it, there are some good thing bad guys do that nice guys should learn from, like boldness and knowing what they want. For example, nice guys are mostly shy (not everyone of them), so if you’re a nice guy, don’t be a jerk about it but tell her, as kindly, genuinely and as soon as possible. If you’re really a nice guy, she’ll take notice. [Also Read; How to Attract a Girl You Really Want to Marry]

Another example here is nice guys at times don’t know what they want because they are not being specific. They should learn from bad guy that will tell women even within the first five minutes that they want her.

It will be clear that you are of value and he would do any number of things, legal and illegal, right and wrong to prove to you that you’re worth hanging onto.

So guys, where do you belong? Can you be bad and at the same time be nice? Let talk through the comment form below and if you love this post, please show appreciation with just a Facebook like, see Facebook icon below.