Have you ever found yourself in a situation where you are forced to live with a nagging girlfriend? I’ve had. Quite a few times really. I won’t say I came out of the situation smelling of roses. 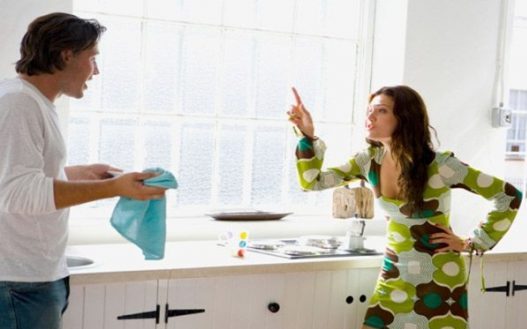 Nagging can come in different ways. And the trigger for nagging can be anything. It depends on the girl. Let’s just say what triggers a girl to start nagging are as many and varied as there are different personality traits.

But the common denominator in all nagging situations is the constant talking, whining, complaining and sulking.

Depending on your personality, dealing with a nagging girlfriend can vary from out-rightly ignoring her to joining the merry, noisy nagging ride. At the extreme is getting physical with her just to shut her up.

Did I mention I did not come out smelling of roses when I was faced with a constantly bitching sweetheart who seemed determined to make me miserable with the sound of her voice? I guess I did.

So take these tips on how to live with a nagging girlfriend from a man who has seen it and done it several times.

Insist on being respected 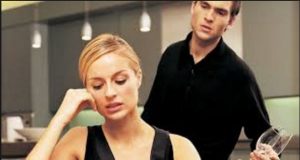 At the heart of nagging is the fact that you as a man no longer command the respect you once had in her eyes. Anything could have happened for you to have lost that respect.

It’s funny how we can never predict who’d turn out to be a nag in future. Seriously, the first time you meet a girl, she is so sweet and all; that she’d turn into a boiling cauldron of rage a few months down the line is never a factor.

At the other end are the chatty types who liked talking non-stop when you first met. These sorts might end up been the very opposite of a nag when you get down into a serious relationship.

So the best indicator of the cause of nagging is she’d lost respect for you.

Your job, if you want to live with a nagging girlfriend successfully, is to find out what you did that led to that lost of respect.

If you can find that out, don’t waste time in trying to reverse the situation and going back to the things you did or didn’t do that made her respect you so much. 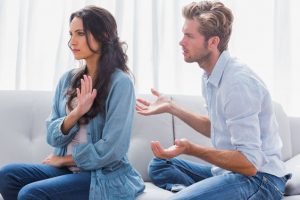 Been a dude, I know the really nice ladies have to put up with a lot of things just to get along with us.

In our eagerness to impress a girl, or because we want to feel worthy of her, we make promises as if they are going out of fashion.

The tipping point is when these promises are not kept one too many times. It is the feeling of extreme disappointment piling up in her that would turn your once docile girlfriend into a living, talking nightmare.

Stop making promises if you girlfriend starts nagging. To be fair to you, some girls would never mention all those broken promises as the reason they pick on you all the time; but trust me, you’d do well to keep a lid on telling her the things you would do for her in the future.

Fact is, going down that route of making promises is a constant source of irritation and a wicked reminder to her that she pitched her tent with a loser.

The best promise you’d make if you want to keep the relationship going is to yourself. Promise yourself never to make promises you can’t keep. 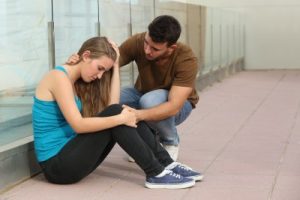 For many men, the default way of living with a nagging girlfriend is to keep quiet when she starts nagging.

Taking up the phone and starring intently at it while she is in that mood would only increase the intensity of her tirade.

I know you read somewhere that women like the strong, silent type. Trust me, silence won’t work here.

Ignoring her would make things worse. So you better drop everything you are doing and engage her.

Listen more than talk. It is not a competition to see who is the loudest, most eloquent, or who can be more logical.

Just listen, try not to lose your temper there and then. You might learn a thing a two from the rapid words coming out of her.

Later, when she is calm, you can try talking to her, picking up pointers from the things she said while giving you a piece of her mind.

Get her to tell you what she wants 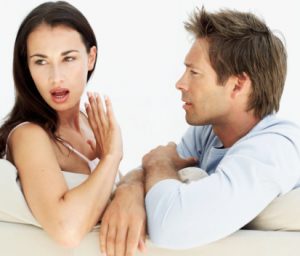 One of the big conundrums of modern relationships is that men never know what women want. Generally, this is true for the most part.

A good way to know what they want is to ask. Yeah, it is that simple.

So you girlfriend is now calm, she is sitting at the far edge of the couch trying her best to ignore you after that tirade. Sidled up to her, and ask her gently how you can make this right.

You have to put on your best wounded, humble ,willing-to-change boyfriend expression. Don’t go talking to her as if you are doing her a favour and know all the answers. Hand over power and control to her for the duration of this mini crisis. 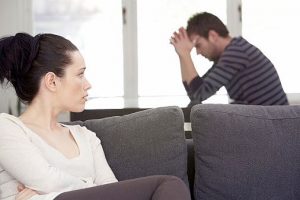 This is the point where there is a very thin line to when you get physical. You’ve reached the edge of the cliff and the only thing remaining is to batter her mercilessly.

Take a step back. Don’t cross that line.

You still have the option of walking away from the relationship. Sometimes that is the only thing that makes sense. And it could be the one thing that would save both of you.

Being apart from each other sometimes help both partners to really appreciate what they had; making a reunion inevitable. And of course, the second time around you both must have learned from your mistakes.

However, been apart can also be the first stage in a final break up. This could also be the next best thing for the relationship.

This option should be the last resort after trying all other things and the nagging did not stop. In this case, you don’t have to live with a nagging girlfriend.

So what do you think? Tell us about your experiences or theories about how to live with a nagging girlfriend. And please, remember to like our Facebook page and follow on us on Twitter for more of these sorts of handy pieces. Cheers.