Life generally throws so many things at you that can ruin your relationship. It is now a very modern thing that a useful gadget like the smartphone is on the list of variables capable of ruining your relationship. 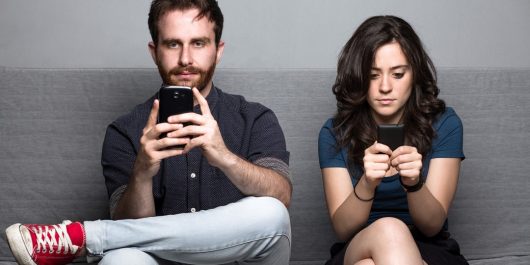 I am very sure when phones were being made, the idea was to connect people together, build bridges and make life easier for all. Those objectives were attained. However, like most things in life, the phone has turned into a double edged sword.

It is called the unintended consequences of doing something good. Nobody planned that a phone would be something that would ruin your relationship. Nobody. But it does big time

One Research and A New Word for our Affairs 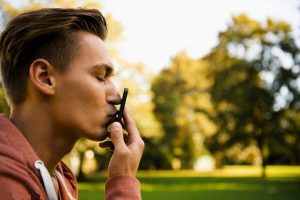 I don’t know about you, as for me, I hate it when I am talking to my girl and a call interrupts us. Then I have to be forced to listen to her own side of the conversation. And depending on the length of time she spent on the phone, I usually find it hard to resume the conversation with any degree of enthusiasm.

Behavioral scientists coined the word ‘pphubbing’ to explain how this epidemic that is ruining relationships. The research was carried out last year to determine how smartphones are affecting our love lives.

In the paper published last year, the researchers defined pphubbing as ‘the extent to which people use or are distracted by their cellphones while in the company of their relationship partners.’

So there it is, pphubbing, the new word used to describe how a smartphone can ruin your relationship. My opinion is simple; it is not a pretty word. I can’t imagine using that word in a conversation. Maybe in text messages, it could work.

Research Results on Pphubbing and how it can Ruin your Relationship 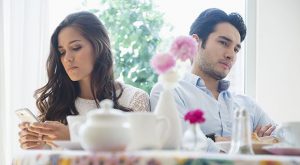 The conclusion of the research made for grim reading. By the way, the research was carried out by three University professors on 453 adults. Some would say 453 is a small number to generalize on a whole population of billions. And that is true.

But the results felt as if they were talking to me. I am sure many dudes and girls would feel the same way too after reading it. Here is a summary:

Don’t Want to Ruin your Relationship? Simple, Drop that Phone 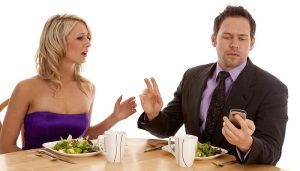 Let me say a few things about the result of that research. I am positive that the 32% of those who claimed pphubbing does not affect them fall into any of these groups:

Seriously, I recently fell out with my girl over this issue. I felt she was spending too much time looking at her phone while we are hanging out. She felt I was being unfair to demand she dropped the phone.

She finally stormed out of the house leaving me a bit depressed with an empty feeling in my heart.

I know I speak for countless couples around the world when I say this modern obsession with phones is breeding a new culture where talking becomes obsolete. Imagine that.

I remember, because I am a gentleman and a very considerate dude, when I used to visit this girl without my phone. The reason was simple; I didn’t want anything to distract me while I turned on the charms in wooing her

All the thanks I got for that altruism was to be accused of hiding some nasty secret in my phone. The nasty secret been evidence of another girl in my life. We good guys just can’t win no matter what we do it seems.

How Difficult is it to Forget your Phone for a While? 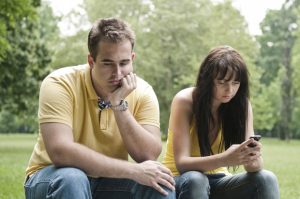 So what happens if you don’t attend to them? Absolutely nothing! The world would still revolve around the sun.

Okay, if you are in that puzzling group that claim pphubbing had had no effect on your relationship so far, please do tell us how you managed that or why that is so. Use the comment section below to tell us your magic formula.

Or you can click either our Facebook or Twitter links below to take you to our timeline. You can also educate us there about how you handled pphubbing. Cheers.