Annoying Boyfriend Traits You Should Avoid With Your Girlfriend

What are those things you think is annoying to your girlfriend? So you know them! Then avoid it at all cost, don’t let your woman feels annoy with your trait anymore. To be honest with you, relationship are tricky at time, it will not always be bed of roses at all time, there are certain things you’ll do that you don’t consider it offensive and yet girlfriend take it personal and dwells on it for long time. So in situation like this, you just need to avoid them to be at ease with her. 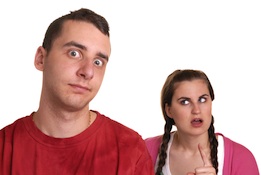 There are several annoying boyfriend traits you should avoid with your girlfriend, but I will try to mention just few of them here, should if you don’t consider it annoying before now, please try and make amend and let her feel happy always when she is with you.

1. Getting rude with your response when she seek for your opinion

This is an undeniable fact; I have seen it with guys several times doing this over and over again which is not good. When girlfriends ask their guys, how do I look in this attire? You will hear men saying “ok ok ok nice” but how many times do I have to tell you when you wear this cloth that you’re looking great without even looking at his woman outfit for a second.

This is really annoying to woman and you will make her feel unappreciated if you offer such statement or similar words like that. Women know that they’ve asked you the same question in time past, but they need a continuous reassurance about how they look at that particular time. You as a man should be able to help your woman feel good about herself when she’s about going out. After all, you’re still going to share in that part of the glory of marrying a beautiful woman and besides, asking you as man how woman feel is not too much to use few seconds out of your time to check her out and offer how you feel about the cloth she’s wearing. [Read; Right ways to handle rejection for woman]

2. Getting fed up when your girlfriend is shopping

In some times past, I was once in this habit of getting bored when I and my girlfriend go shopping for her clothing. Not knowing that she get irritated by the way I got bored until one day, when she opened up, then I latter realized that the way women do their shopping is different from that of men. For you not to get her annoy when shopping, you just have to stay with her and allow her to do her thing, that is women for you, it is inbuilt and there is nothing you can do about it except you’ll not want to go shopping with her whenever she invites you. And if you do that, you will even get her annoy the more if she discover that her shopping time is what is making you to give such excuses.

After all you will not be called at all time to go shopping with them, so whenever you’re call upon, you just have to go with them and allow them to do their shopping and be nice. Woman always has a way to treat you nicely latter for being with them.

3.  Staring at other woman when she is with you

You can do your staring at any woman as much as you like when you’re alone but not with her. Of course men will not see any beautiful woman passing by without trying to give her a second look but you just have to train yourself not to do that whenever you’re with your woman. Doing such will greatly annoy her and if she too stare at another man, you won’t feel comfortable with it. See, what goes in the mind of most woman most times when their man stare at other women in their present is that, if you can stare at other women in her present like that, what then can goes on in their absent.  It is really annoying to them, you just have to stop it and let your woman appreciate your present with her whenever she’s shopping. [Also Read; 7 Relationship turn off behaviour that can ruin your romance]

4. Comparing your girlfriend with other women

Women hate it when you start comparing them with other women; your girlfriend will want to remain unique even if she may not get everything going on well with her. You shouldn’t be telling her to dress like Sandra or Janet. My former girlfriend used to do this and that very well for me and I want you to do the same thing.  My office secretary has a better understand of what I need at a particular time than you. Statement like this will really get your girlfriend annoyed and she might voice out in annoyance to go to heal with those people you’re mentioning. Until you apologize to her, you may not get the best of your girlfriend.

5. When you get angry for your shortcomings and blame it on her

Your girlfriend will seriously get annoyed if you blame her for your shortcomings. Every little things, you get annoyed and put the blame on her. You made me eat this food which cause me the stomach upset, you didn’t give the proper direction and you made me wasting my time looking for the right direction, you didn’t come home on time and making me eating this late. The blaming goes on and on, you’ll only be irritating her as you continue to blame her for your shortcomings. You need to sit up and take responsibility instead of blaming her for this and for that.

6. Seek for her opinion but don’t make use of them

Your girlfriend will not be happy with you after when you seek for her opinion on certain issues only to turn her suggestion or input down and look elsewhere like going out to seek the opinion of your friends and follow it up. In the first place, you shouldn’t have sought for her opinion when you know that you’re not going to make use of whatever she offers. And besides, who tells you that she’s incapable of offering you a better solution to your problem. You just have to stop it; it’s really annoying to woman.