4 Main Communication Mistakes That Can Wreck Your Relationship

In every relationship, the first and major area where the people that are involve in such relationship, do have problem, is the issue of communication.

Communication is the bedrock of every relationship and anyone who doesn’t know how to communicate effectively, will find it very difficult to get along with people.

There’s a Chinese proverb that says; troubles come from the mouth. This is an indication that, having the ability to control your mouth, can help you to avoid lots problem in your communication with anyone around you. 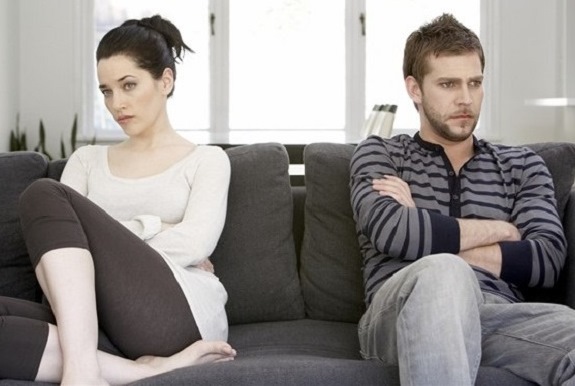 Brian Tracy define communication as skill that anyone can easily learn, he said, communication is just like riding a bicycle or learning to type. If you’re willing to work at it, you can speedily improve the quality of every part of your life.

The four main communication mistakes that can wreck your relationship as a couple are;

1. Using a universal statement when talking with your partner

Here’re examples of how these words are used to portray someone character negatively. “You’re SO difficult to relate with”, “You ALWAYS forget to close your mouth when yarning”, “You NEVER remember for once….” “You’re SUCH A difficult person”, “You’ve come around here AGAIN”, “EVERY TIME you forget to get this done”, “EVERYONE knows that you’re the issue.”

2. Using the “YOU” language plus directives

Here are examples of YOU language plus Directives;

“You have to visit your daughter’s school…”

“You better stop this attitude…”

“You should understand my point…”

“You are not good enough…”

The truth is, most of us don’t like to be told what to do. And when using YOU language with directives, we are directly telling our partner what to do in an improper way, in the sense that, such communication bring about defensiveness which might lead to conflict in most cases.

There are other ways to communicate effectively without using YOU language plus directives. Think about it.

3. Getting soft on issues but touch on your partner (persons)

When you’re communicating with another person, there are two things involved; the person and the issue or something you’re talking about.

In effective communication, there’s need to separate these two things (Issue & Person) that are involve when you’re relating to someone. You need to learn how to be soft on the person but tough on the issue.

Ineffective communication: You never clean up this morning; you’re just good for nothing.

Effective communication: I notice you did not wash the dishes this morning.

You can see the difference between being effective and ineffective in the manner at which the communication is carried out in the above two statement.

Nullifying a person’s feeling will always bring lots of resentment and anger in any kind of relationship. This happens when you recognise an emotion of a person, either positive or negative but you chose to invalidate, minimize, nullify or negatively judge the feelings.

For instance, if you invalidate someone positive feelings, the strength of the person’s relationship with you will automatically decrease. No matter the type of relationship you’re having with the person (cordial, romantic or friendship).

Just take a look at the few examples;

“What bothers you, are nothing before me”

“You accusation has no basis, it is unfounded.”

“You’re too emotional over this simple issue.”

“Why are feeling on top of the world? Your improvement really means very little things to me.”

Think about this again.

If you love this article, don’t forget to share it using any of the social networking icons below, and also make your contribution through the comment box below.