Men and women are unique in their own different ways and as such the way they should be related with equally differs.

As a man, are you aware that there are certain ways you may have to relate with your woman in order to get what you want from her?

Do you sometimes wonder why some women give you a negative response when you demand something from them?

Do you wonder why they react to some things you say?

This article lists out those thrilling women secrets all men must know about in order to have a smooth relationship with them.

The thrilling women secrets are: 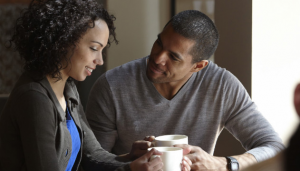 One thing men ought to know is that attitude matters. It’s all in the attitude guys! At times, men act like they are the boss of women and so this rubs off on the manner in which they ask for things from their woman.

The fact that you are married to her does not mean you can talk to her the way you like. Although when you start living with someone, you get so used to them that you may not even know that’s how your voice sounds.

Nevertheless, I think men should be more conscious of this fact that a woman doesn’t like to be bossed around.

When you speak to her in that tone, it makes it seem like you are commanding her which isn’t right. Your intentions may be genuine but at least, it’s good you know how we really feel.

So, to get what you really want from her, do ask nicely and be sincere about it.

Think about it first: 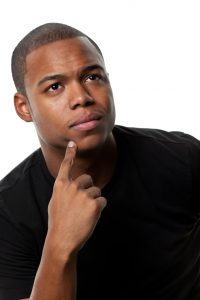 This is one of the thrilling women secrets that make a lot of sense. Before you make an attempt to voice out what you want to say, think about it first.

Ask yourself the following:

How would she feel if I ask?

Will she be able to give me what I want?

Do I really want to ask?

All these questions ultimately depend on what exactly you want from her but it would be nice to put yourself in her shoes before asking.

Men are known to be rational thinkers unlike women and based on this, they just spit out what they want to say before thinking about it.

In this case, if you as much as anger her by what you have said; believe me but you won’t get what you want.

Play and joke around:

When you want something from a woman you may not need to be so direct in asking. You can beat around the bush by cracking some jokes or teasing her before eventually asking.

If she is not in a good mood, this will be the best approach to use.

Of all the thrilling women secrets, this one should be regarded important by men.

Women love praises especially when they do a good deed.

So the next time you want to ask her for something, appreciate her for the things she did in the past.

It’s surprising but doing this would work like magic. When you start praising her, you’ll see her smile and blush and that is a sure sign that she’s pleased.

In as much as you need to be nice to her when you want to ask her for something, it shouldn’t become a habitual thing.

You should be yourself and be real to her. Being nice to her should be part of you and something you should be used to doing.

This is because if she notices that you are only extra nice to her when you want something from her then she may just be disappointed.

But if she sees that you are genuine and naturally like that, it won’t be hard to get what you want from her.

Women can be complex at times but if you really get to know them, you’ll enjoy being with them.

Did you enjoy reading these thrilling women secrets?

Share this article by using the social media icons below.