Like all choices, good sexual choices must conform to the truth, if they are to be morally good and enable men and women to give to themselves the dignity to which they are called from the depths of their being. 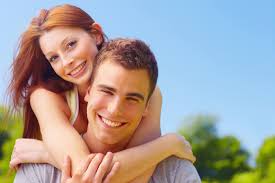 The Goods at Stake in Sexual Choices

What goods are at stake in making good sexual choices?

They are the following:

(1) The good of life itself in its transmission, or the procreative good;

(2) The good of intimate human friendship and relationship;

(3) The good of marriage itself;

(4) The good of personal integrity, a good intimately related to what Pope John Paul II calls the “nuptial meaning” of the body.

The first two of these goods are obviously at stake when one considers engaging in genital sex. That the good of life itself in its generation is “in focus” in the exercise of one’s genital sexual powers is clearly indicated by the fact that the powers in question are called “genital.”

The act of sexual coition is the sort or kind of act intrinsically apt for the generation of human life. The practice of contraception confirms this, for a person does not contracept if he or she is about to go fishing or read a book or shake hands, etc., for one realizes that acts of these kinds are not intrinsically apt for generating human life.

One contracepts only when one:

(b) Chooses to make it to be the sort of act through which human life cannot be given.

As is easily seen, (b) is the contraceptive choice. Contraception makes no sense otherwise.

In short, when one chooses to engage in genital coition, the goods at stake are those identified as the “unitive” and “procreative” goods of human sexuality.

Also at stake in genital or good sexual choices is the good of marriage itself. Marriage is truly a basic human good, complex in nature. The good of personal integrity entails one’s own bodily integrity, for one’s body is integral to one’s being as a human person.

Hence this good of personal integrity is basically an aspect of what John Paul II calls the “nuptial meaning” of the body.

Precisely, because of their sexual differences, revealed in their bodies, the man-person and the woman-person can give themselves to one another bodily in the act of genital coition.

The bodily gift of the man-person to the woman-person and vice versa is the outward sign of the communion of persons existing between them.

Human choices and actions, including good sexual choices, are not morally good and in conformity with the truth and dignity of the person if they fail to completely respect the perfect goods of human persons.

Examples of such goods are life itself, friendship, marriage, and personal, bodily integrity.

If one acts contrary to any of these human goods, one violates personal dignity and closes one’s heart to integral human fulfillment.