Knowing whether your girlfriend is insecure or not is very important in a relationship. This knowledge could be a deciding factor in choosing to stay or quit the relationship. And if you decide to stay, it would help you decide on strategies to deal with the problem.

Insecurities can manifest in many ways. Fact is, we are all insecure to some degree. It is when it becomes too extreme that it becomes a problem to be dealt with derisively.

To be clear, mild insecurity in your girlfriend should not be an issue. But if some traits in her are repeated with obsessive regularity, that is a red flag that your girlfriend is insecure.

So what are the signs to indicate that one’s girlfriend is insecure? Read on to get the full gist on how to spot an insecure lady.

She doesn’t want you to do anything without her 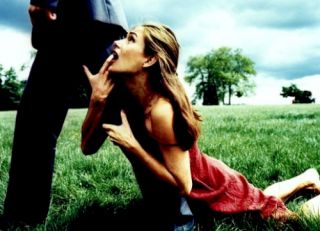 This boils down to lack of trust. This scenario plays out way too often with insecure girls. And the truth is, many dudes think it is cute the girl wants to be part of everything.

Actually, an attitude like that screams insecurity to a high degree. Girls like this are always anxious when you want to just go out and do things on your own. Even going to work leaves them extremely anxious that you might get into one mischief or the other.

If your girlfriend considers it something to moan about if you do something on your own, just understand she is motivated by her insecurities.

She doesn’t want to do anything without you 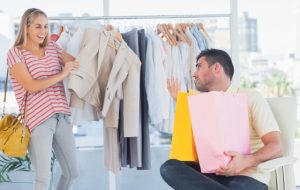 Again, this attitude might be misconstrued as a sign of dedication to the relationship. It is patently false.

An insecure girlfriend wouldn’t want to do anything without you because she is unsure of herself, too needy and afraid of making independent choices.

At first, involving you in anything she wants to do might seem cute. But after a while, you would find it oppressive and restrictive. After all, everybody needs space from their partners from time to time

She is afraid of confrontational discussions 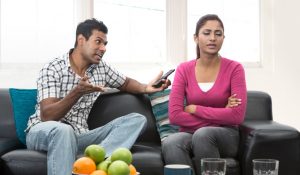 This is one of the most important signals your girlfriend is insecure. Your insecure girlfriend would always avoid discussions or arguments that might lead to confrontation.

This is because she is afraid a confrontation would lead to the end of the affair at worst. Or would expose her as a charlatan and show her up for what she is.

Nobody is saying that constant arguments are good, but for the health of a relationship, no partner should be scared of airing their deepest feelings. This helps in breeding understanding of each other’s personality.

But if your girlfriend is insecure, there are many facets of her personality you would never know because she would always avoid revealing too much of herself.

She needs to be reassured daily 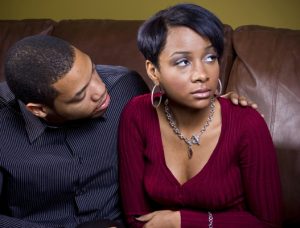 Is your girlfriend always whining that you don’t show her enough care,love and attention? Does this constant demand get on your nerves? Well, it could be because your girlfriend is insecure.

An insecure girlfriend would always pester her man to proof he loves her. It could get to a point where she’d demand hourly reminders through text messages that you love her.

This is her way of coping with the idea that you might leave her soon; even if you talk yourself hoarse constantly reassuring her, she won’t be satisfied.

Insecure girls need to hear you say it over and over again about how much you love and care for them more than any person in the world.

She is reluctant to support you in all you do 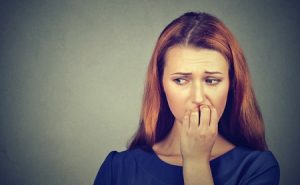 An insecure girlfriend, whether you believe it or not, has a morbid fear of your success.

To her, your success might make her seem less important in your life. If she had her way, she’ll keep you stuck at a particular level. That is where she feels most comfortable.

The only time she would support you is if she is directly responsible for your success. In which case, she might use that as a stick to beat you into line anytime her insecurity perceives a weakening in your dedication to her.

She is jealous and constantly accuses you of cheating 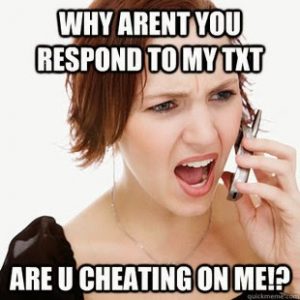 Jealousy in a relationship is one of the symptoms of insecurity. Her insecurity leads to lack of trust. And this manifests in serious jealousy.

She would always be suspicious of all the girls you talk with. It doesn’t matter who the girls are and what you relationship with them is. Your insecure girlfriend would see a threat in every female.

So don’t be surprised if she constantly accuses you of cheating on her. That is just her own way of lashing out due to the frustrations building up in her.

Your girlfriend is insecure if she sacrifices too much for you 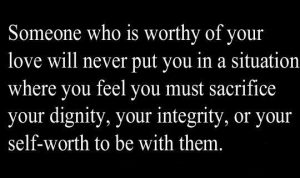 Yes, that is one of the signs of insecurity in a girl. Maybe, some would say it is a good thing for a girl to make sacrifices for her boyfriend. Up to a point, it is true.

However, if your girlfriend is insecure, she takes this to another level entirely. She would even hurt her family and close friends just to keep you happy.

If an attitude like that doesn’t make you uncomfortable, then there must be something wrong with you as a man. A lady with such bad behavior has no self-respect at all. And no serious man would want to keep her unless she changes.

Knowing the danger signals that your girlfriend is insecure should be a stepping stone to dealing with the problem. There is no point knowing the signs and doing nothing. That is patently stupid.

For an issue like this though, your choices have been neatly narrowed down to just two. You either walk away or you help her get over her insecurities. That depends on you and what you really want from the relationship.

Please, do tell us what you think about the issues raised here. We would love to hear your take about how insecure girls have affected your life or those of people you know.