Knowing how to deal with a lying girlfriend should be a vital skill-set in a man’s repertoire. This is not saying every dude would end up with a girlfriend that tells a fib once too often. 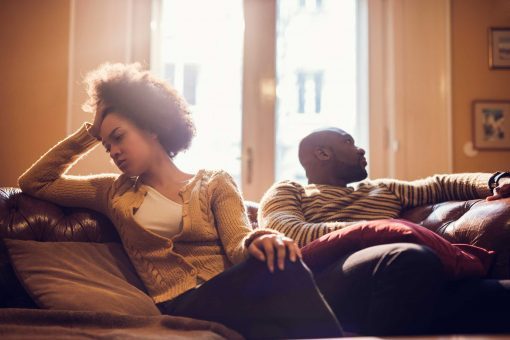 Actually, you may want to know how to deal with a lying girlfriend for the simple reason you might have to advice a friend who ends up with a girl like that.

The kind of lies we are dealing with here are not what I call innocent lies. The sort we tell to play pranks on people or just to see how they react. These are harmless, playful lies.

We are talking about pathological liars. People who lie about everything. The type who lie every inch of their lives to get by. For liars like that, the harm they cause to relationships cannot be quantified.

So, you are stuck with a girlfriend who falls in that category and you are stumped on what to do with her? The simple clear-eyed answer is to run for your life.

Fact is, coping with a lying girlfriend would drain everything that is good in you. Especially, if you are a straight up guy who believes in doing the right things all the time.

But life being what it is, I can understand how one can be so enamored by a girl that he is willing to live with such a serious shortcoming.

So, this begs the issue of how to deal with a lying girlfriend, since you can’t just walk away from her.

Steps to deal with a lying girlfriend

Evaluation and discovery of the lies 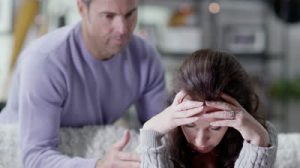 Before you decide to take any action on your lying girlfriend, you must know the extent of the problem. Point is, her case might not be so serious to warrant the kind of intervention  explained here.

You might try to find out if she is a compulsive liar and whether everything she’d told you up to this point were lies.

The obvious thing here is to investigate her background and check the facts about what she had told you. Her friends, family and colleagues would be a treasure trove of information for your quest.

Also, you can test her with simple questions to see how she fares. These are questions you know the answers to already. If she ends up lying about everything, even the small things, then you know you have a problem in your hands.

Some people might question this as showing a lack of trust in your girlfriend. That may be so. But at this stage, you are doing the relationship a favour having to do that thankless task.

Point is, things must have gotten to this stage because your life together was already unraveling into a mess right? So just chin up, be brave and do what is right for your sanity and the relationship.

Confronting her with the facts 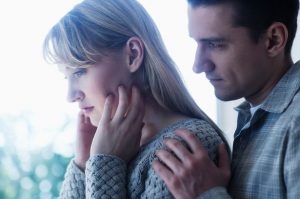 Before you show her up for what she is though, make sure to document your evidence in any way possible. Be it a tape recording or in written form.

For you the boyfriend, you might be bewildered by the extent of the betrayal. Telling her you know all these things about her requires a heart of steel and tact especially if you love her so much.

It is never a good thing to see our beloved exposed in a bad way.

So diplomacy is required to deal with a lying girlfriend in the confrontation stage. Look for a private place and make sure there is no distraction.

Then give it to her. Be gentle but at the same time make sure you are firm. 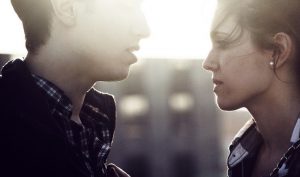 As a rabid liar, she might try to bluff her way out of it by drowning you in long-winded non-stop talk. Try not to lose your temper no matter what. Because that would only play into her hands by sidetracking  you from the task at hand.

Present her with the evidence you gathered and let her come face to face with the level of her deceit. At this point, any reasonable girl would know the game is up.

Also, this is the point where she might use tears to manipulate you. It is all part of what made her a good liar in the first place. So don’t allow the tears to move you. You have an important task to complete.

Whether she gets it by now or not, it is your job to tell her how her lies had hurt the relationship. How the trust you had for her is no longer there. And how betrayed you feel.

Depending on the type of man you are, at this stage of dealing with your lying girlfriend you might decide to

All these are legitimate actions to take. After all, it is your life and happiness that is at stake here.

Living with the truth 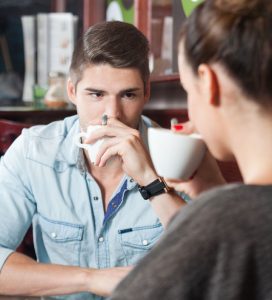 After confronting her with her lies, both of you have to live with the aftermath. It is not going to be easy.

Even if your decision was to quit the affair, you still have to deal with questions from friends and family. And of course, there is your psyche to consider. Has it been so damaged that you can’t trust any girl again?

And if you decide to continue the affair, it means she has to go through a lot to win back your trust. Living with her would be a life of constant vigilance to make sure she doesn’t revert back to her lying ways.

Frankly, that involves a lot of hard work. The bottom line is, nothing would ever be the same for both of you again. And it is doubtful you would ever regain that initial spark.

Only a man with a strong personality can continue living happily with a known liar hoping she would change. She might change though.

So, have you ever had to deal with a lying girlfriend? Please share your experience if you have. And do tell us the unique things you did that helped you through that trying period.