Nobody saw the break up coming. Outwardly, both of them were a perfect match for each other. They have been going out for a couple of years now, and the relationship was destined for a grand glorious end. Or so we thought.

But things were not as they seemed to outsiders. John had being plotting how to exit gracefully from an affair he felt had lost its spark and had gone off the rails.

When the break up finally happened, I found it surprising he was not very sad, depressed and all that. You know, the pains normal people go through after an event like this?

I found out later he had actually been looking forward to being single again. Thinking about what he told me, I figured he made some sense. There could be a lot of silver linings after breaking up with a lover you know.

And not all the silver linings have to be serious tasking things like putting back the pieces of your heart from the debris of a crashed affair. Check out some of the fun things (and some not so fun things) you could look forward to after breaking up.

You could start saving more money after breaking up 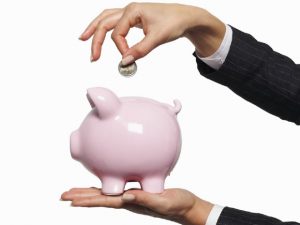 Only guys in serious committed relationship understand that breaking up can make a difference to your bank balance.

So many little expenses, and major ones too, literary disappear by the simple act of breaking up with your girlfriend. Now, you can start making a monthly expense list without making everything double.

Hell, you can even afford to upgrade your Playstation without thinking how you are going to manage for the rest of the month.

You can binge on TV all day long 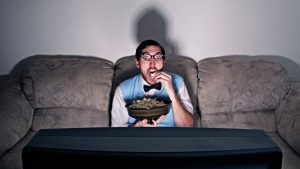 Yep, I guess the girlfriend stopped you watching your favorite program because she wanted to watch some woman stuff on TV. Or she forced you to go to some boring outing with her when you’d rather watch your favourite team on TV.

The best of all is that you won’t come back home from work to the sound of Telemondo showing on TV. You can just open the fridge, take out your favourite drink (a beer I am guessing) and surf all the news channels till you get tired.

Not having to deal with her family again after breaking up 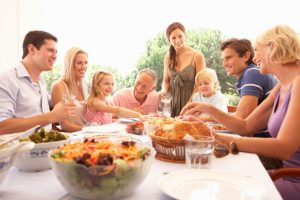 All those times you quietly groaned in misery at the thought of having to go to her house for a visit are now over. You don’t have to smile through clenched teeth at her dad while he stares at you with disapproving eyes.

You don’t have to think too hard and carefully before opening your mouth to say something not to annoy her family again. Now you are free of her, you can pay them a visit and just be yourself without fear of messing up.

After all, you are not dating their daughter anymore. 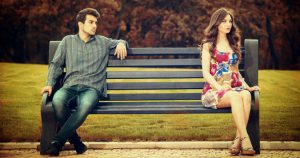 After breaking up, that feeling that you were now an old man because you couldn’t have as much fun as before with other girls is now over.

It is now the opportunity to test your flirting skills again. To see if you still have it when it comes to dating girls and making a good impression on them.

Put simply, you can now set the singles scene on fire with your fresh enthusiasm like a prisoner determined to live each moment of their life to the fullest after been released from jail. 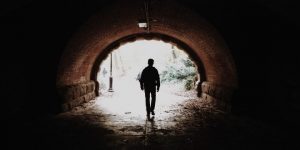 One thing you had to constantly do during the affair was to bury some parts of your personality for the sake of the relationship. You had to make several sacrifices to make the affair work.

Now you can bring those parts of you off the shelf and dust them for careful viewing. You’d be surprised at what you’d find or see. You’d discover so many things that made you tick and awesome but had to discard to make the relationship work.

It is time to embrace them once again and rediscover the real you.

The whole bed is yours again 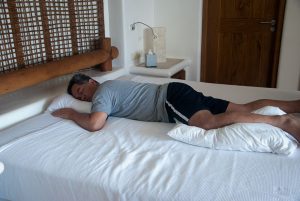 Seriously, you can now do whatever you like on the bed. You want to sleep in the middle of the bed? Just go ahead and declare how free you are.

Sleep spread-eagled on the bed if you wish. As a matter of fact, you should do that or your new freedom would be a waste.

So you see, John had a point about been happy he broke up. Perhaps his reasons are different but I can bet my happiness he would relate to some things here.

Can you relate to any of the things mentioned here? Or better still, do you have other issues you feel I skipped on my take about things to look forward to after breaking up? Tell us about them in the comments section below.