There is this urban myth that has been around for long that girls don’t like guys that are nice. I wanted to explore that topic of ‘nice guys vs bad guys’ from a girl’s perspective. However, I hit that brick wall that always appears suddenly from nowhere. 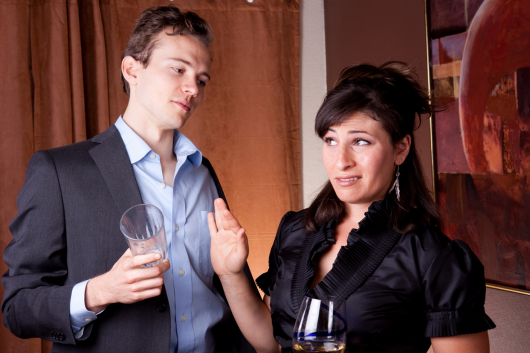 I call it my, ‘What the heck!‘ brick wall. Anytime I come against it, I have to put my pen down and analyze my motives. Mostly, the wall is telling me to avoid stereotypes. Look at something from a different perspective

The sort of guy a girl finally decides to date cannot be labeled and thrown into a box to be analyzed by future guys as the road map to success in dating girls. This also applies to guys girls don’t like dating.

For girls and certainly for guys too, it is simply a case of different strokes for different people. Which just another way of saying everything depends on the personalities of the parties involved.

But I can boldly say this, there are certain traits in guys girls don’t like. Speaking generally that is. Have a look at some of these traits then tell me what you think about them in the comments section below.

A most vital thing about having a mutually beneficial affair with a girl is respect. A girl needs to respect the guy to ever think of dating him. Girls would only date guys they don’t respect only if they want something badly from them.

In which case, the unfortunate guy would one day see himself running helter-skelter trying to understand why the girl whom he did everything to please suddenly ditched him without reasons. Short answer, she had no use for him anymore

As a guy, you want to be able to keep the girl you are wooing guessing about what you’d do next. Predictability means she’d hardly think of you when you are not there. Basically, what is there to think of when she knows all your vital buttons?

Make her look forward to what you’d come up with next. Make her always sad to see the back of you. It could be tedious work for the guy to always come up with fresh moves; but whoever said getting a good woman was ever going to be easy? 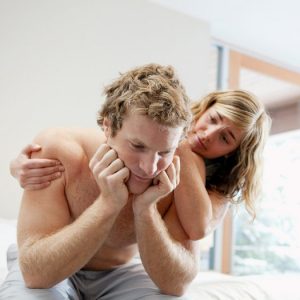 This is almost like feeding into their ego and pride. Give the girl a reason to want to do something for you. Make her believe you are broken in some ways and need fixing.

Then sit back and watch the mother instinct in her kick in. It’s a natural instinct all women have and is essential for when they start having babies.

However, since having babies to nurture is still somewhere in the future, you the guy are a good substitute. In other words, girls don’t like guys who seem perfect in every respect. They find that boring too.

And I don’t mean you have to head to the gym to start pumping iron. I meant weak mainly in personality. Girls love a guy who looks and appears very sure of himself.

It is in their genes to want a man whose genes will be beneficial to their kids. Yes, women factor that fact a lot in dating a guy. While we men just want to have fun, for the women, a vital question is, how would my kids look like with a father like him?

Girls don’t Like Guys who are Scared of Confrontation

These are the guys who run away from every possible scenario that could lead to a fight with the girl. They apologize easily. They allow the girl to get away with murder. Figuratively of course.

A girl would rather date a guy who is not afraid to set her on the right tract of she does something wrong. Even at the risk of losing her, these guys would go ahead and do what needs to be done.

How do you spot an insecure guy? That is not too hard for the girls to know. Though they might not call it that, all you might hear from her is something along the lines of the guy been too needy; or he is suffocating them with too much attention; or he is very jealous.

Guys, if you find yourself always wondering what on earth your girl is doing wherever she is, you might be insecure. Or if you can’t imagine life without her, that is insecurity. Worst of all, you are always suspicious of any man she is talking to.

The girls want you to grow a pair and let them have some space for God sakes!

There guys, six general reasons why the girl of your dreams might not like you. You can easily break it down to several pieces and come up with several sub-reasons. If you do that, kindly tell us about them. We look forward to your feedback. Cheers.