A love triangle can be messy. It is easy to get caught up in a love triangle. And love triangles are so common it is wonder the world has still not found a way to deal with it once and for all.

Have you ever heard a friend complain that all good girls are already taken? Those are questions that come from a depth of despair.

It is not that said friend is unlucky about his choices. It is more likely that anytime he meets a girl he truly likes because she has all the right qualities, she is already in a relationship with somebody else.

It can be frustrating for single guys. Not giving a fig about her relationship status and just going for it is how one can get easily caught up in a love triangle.

However, the pertinent question still remains, how one can avoid that sort of situation? Because I happen to know love triangles hardly end well. Somebody gets hurt ultimately.

Ways to avoid getting caught up in a love triangle

Don’t get too attached to a girl you just met 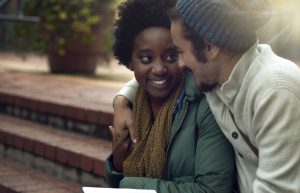 That should be obvious. As a matter of fact, observing that is the best way to avoid a messy love triangle.

However, it is easier said than done. Because some ladies, for some queer reasons, would hide their relationship status from you until it is too late.

So it is best to investigate and be sure she is not in a serious affair before committing to her. Better still, don’t commit to any lady until you are sure about her feelings for you.

If she is the honest type, she would you tell if she has a boyfriend or not. If she does, just back off. If you can manage to, just remain casual friends with her. But never, ever, get attached to the point you think it just might be possible to snatch her from her man.

Never be afraid to ask questions 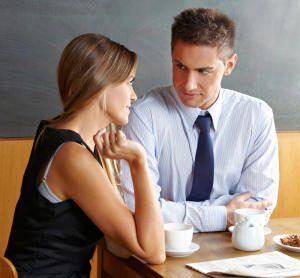 Asking her questions related to her status should even be the first thing to do when you are interested in a girl. That should guide your next step.

The questions to ask are rather obvious I must say. Ask if she is single, free and ready for a relationship.

You can get even more personal and ask how long it was since her last relationship? That way you can judge if she is completely over her ex.

Knowing what led to the break of her erstwhile affair should be a good question to ask too. Some ladies have a knack for using men as a crutch while they deal with the fallout of their break up.

In this case, you would be in a triangle, not with an actual person, but with the wreckage of her past affair. This can be as bad as a love triangle with a real person. 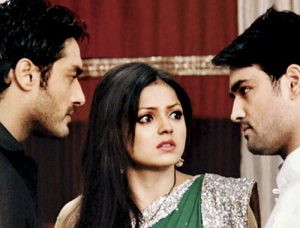 It is very easy to be tempted to run her boyfriend out of her life. This is the sort of thing bullish men or the so-called alpha males would do.

Though I have to admit that when strong feelings for a girl consume you, you don’t have to bullish or an alpha male to take drastic actions.

Challenging the other man in her life is a sure path to a scandal you never want to be part of. Unless the girl is shameless, she’d have nothing to do with you for trying to drag her name through the mud.

You are setting yourself up to losing both ways. You’ve made an enemy of the man and the girl would hate the sight of you. That is the sort of desperation in a man decent girls detest.

Besides, trying to run the man off would only embolden the man to stick to his girlfriend just to spite you. You have just given him a reason to fight for his love.

Finally, be on the lookout for rebounds 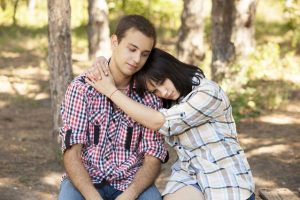 Like was stated earlier, getting involved with a girl who just broke up is not ideal.

If you noticed a girl is too willing to have an affair with you, it is likely you are her rebound affair. Clearly, she has not come to terms with her break-up.

A girl like that would only use you as a recovery tool. You are as good as done when she has gone through all the stages of grief as a result of the trauma of her last relationship.

Don’t be surprised to find out she is using you to get back her ex. You are just a bait to make her ex jealous enough to make him want to get back with her.

She would dump you faster than a man would drop hot charcoal when she achieves her goal of getting her ex back. You, on the other hand, would be left fighting a losing battle trying to hold on to what was never real.

So guys, if you find yourself about to get caught up in a love triangle, just do the right things. No matter how desirable she is, be assured there are equally desirable girls out there.

You might even be lucky and meet a better girl who would love you the way you want. The bottom line is, getting caught up in a love triangle is a product of desperation in you.

You don’t want that.

As usual, we would love to hear your comments. Tell us what you feel about getting caught up in a love triangle in the comments box below. We would love to know how you handled it if it has ever happened to you.