Having an egomaniac boyfriend in your life can be annoying and frustrating at times.

Certain things happen and you wonder why that boyfriend of yours behaves like that.

Any woman who has an egomaniac boyfriend will probably be wondering what she can do to manage that side of her boyfriend.

To handle your egomaniac boyfriend, do the following.

Understand that all men have ego:

This is one fact I have come to realise. All men have ego and there is nothing you can do about it.

It’s just that there are levels of egomania which differ from man to man.

Men will always want to prove that they are men whether they are right or wrong.

So if you can understand this fact about your egomaniac boyfriend, whatever he does won’t hurt you that much.

Don’t respond to everything he says:

Most of the time what makes people quarrel is the fact that they all want to defend themselves so people can see that they are right.

Whenever your egomaniac boyfriend starts acting out, try ignoring him.

If he acts out and you do not react to what he says or does, he might just mellow.

It might be hard to do in cases where you know he is at fault but it is something that should be done occasionally.

Sometimes the ego of men blinds them from seeing the truth or what is in front of them and what they need to pull out of that emotion is some quiet and time.

Allow him do what he wants:

An egomaniac boyfriend will always want to exert his authority over on you.

To him, it is only what he does that is right and if you do something, he tends to make you do it his own way.

The way to handle such a man is to let him be. Allow him do what he wants even if it’s not the right way to do it.

He will definitely learn from his own mistake as egomaniacs never admit that they can be wrong.

Don’t let his actions get to you:

Your egomaniac boyfriend will feel more proud if his actions have an effect on you.

It is therefore advisable to not let him get to you thereby affecting your emotions.

If he notices that you are still as strong as ever, he may just melt. 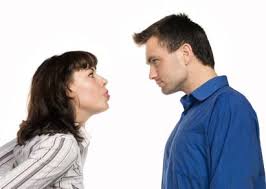 Sometimes your egomaniac boyfriend will take advantage of you if you just keep quiet when he starts showing off his ego.

In some situations, it is necessary to speak back so he knows you also have a mind of your own.

Don’t take what he does or says too seriously: 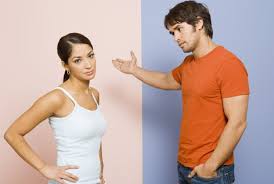 He might simply be doing or saying those things because he is either in the midst of certain people or he is trying to show off or impress.

So that means that he might not really mean what he is saying or doing. This is why you must not sometimes take too seriously what your egomaniac boyfriend says or does. 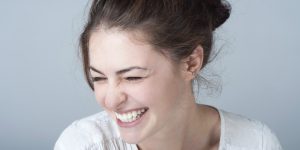 When an egomaniac individual is completely controlled by his ego, his actions sometimes may be foolish and so if your egomaniac boyfriend starts acting up, just be amused and laugh over it.

You can either do it within you or outwardly but be careful so he doesn’t see it as an insult.

Laughing over it makes you feel good and also reduces the anger you might have initially felt due to his behaviour.

Overall, do not forget that nobody is perfect and we all have our weaknesses.

So be diplomatic while handling that egomaniac boyfriend of yours.