Would you like to get over the fear and heavy heart pumping whenever you want to approach any lady of your choice for a date and take it further?

Would you like to know the exact ways to communicate your feelings with a lady and make her wanting to continue the conversation with you until you get her to agree with you?

Do you want to know how to get her attracted to you and not losing that attraction when you tell her what exactly you really want from her?

The frustration and feeling of shame that comes over you, when every of your friends start talking with their girlfriend and only you is left out with no girl that you can actually called your girlfriend. 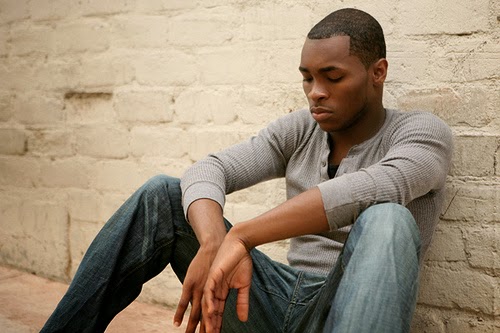 It’s really painful to be the odd one out, the feeling of loneliness and the frustration of not having a woman in your life will almost always makes you feel worse.

No woman to share your happiness with and that’ll make you feel bored and unloved.

You’re not alone in this kind of mess, I was once in it and there are several other guys that are currently going through this same frustration right now.

Let me show you, how you can overcome the frustrations of having no girlfriend and in no time, you will get as many girlfriends as you desire and then, you’ll be able to choose one out of them, the one you really want to take things further with

But before I show you how you can overcome that emotional pain and the loneliness of not having a girlfriend.

I will first of all, want you to see the results of the survey I just carried out about the kind of frustration single guy that really needs a girlfriend pass through.

I group the frustration into six.

This frustration is what every single guy goes through, irrespective of their colour or race. As far as they are human, it’s all the same frustration.

So, I’m going to go over the six most common frustrations that guys have with dating, and provide some insight and feedback into each one.

I’m also going to put together the Six Solutions that will address each of these frustrations in depth and when you read through the solution, you’re just good to go have your own girlfriend.

Here’s the Six Frustrations of the Single guy.

The first frustration every single guy has is, how to approach a girl and start conversation with her

The responses from guys in the survey (32%) under this frustration are:

“I want to approach but my mind goes blank, or overthink what I’m going to say to her”.

“I get intimidated by beautiful women and think they don’t want to talk to anyone”.

Approaching is still that very first step of starting any sort of interaction with a woman, and it’s the place where a lot of guys get stuck. Approach anxiety is the problem I see every day, but it’s something that, with a bit of effort, every guy can get through.

Are you too finding it difficult to approach girls?

I will show you how it’s being done when we get to the solution aspect.

This is another most common frustration of a single guy, it’s next to approaching, about 28% of the guys have this challenge according to the survey.

Here are the common statement single guys do make, when it comes to conversation with girls

“I get frustrated because I run out of things to say while trying to keep the conversation going”.

“I don’t know how to converse with her in a way that makes her feel comfortable opening up to me”.

“I see guys who women just like to be around and talk to them although not necessarily to sleep with them. I’d like to be like these guys”.

If conversation is your problem, then you’re sure of getting the ideas and how to turn the dynamic of the conversation around and get her open up to you.

Let move to the next frustration of a single

#3. – The Attraction – Getting it and not losing it

The third biggest frustration of the single guys is about, getting attraction, keeping it and not losing such attraction.

16% of single guys are facing this frustration according to the survey I carried out.

Here are what they wrote as their biggest frustration as a single guy who desire to be dating the kind of girl they really wanted to date. They described frustrations such as:

“I start off strong but I keep landing in the friend zone with women I like”.

“I don’t know when to make a move or escalate”.

“I can get into good conversations, and make women laugh, but it goes nowhere”.

“I have good results when it comes to opening (and seem to get opened by women more than “I’d expect). But taking it from a fun and flirty conversation to a make out or number never seems to happen”.

Creating that initial spark with a woman is a huge challenge for a lot of guys, and equally difficult is keeping that spark alive. So it’s understandable that attraction would be a big issue for a huge number of single guys who desire to be dating someone they really loved to date.

You’re going to learn about the most strategic approaches to create attraction and keeping it as long as you want, when you get to the solution later.

Other guys were frustrated by the signals women give to men. 10% of single guys in our survey gave some answers as follow:

“I’m frustrated because I feel like I don’t understand the fundamental social programming that drives women and men to behave as they do”.

“I have no idea when a woman is interested in me, and when she’s not”.

“I often feel like women I’m interested in are playing ‘hard to get’, but I’m afraid to make a move in case I’m wrong.”

“Reading the signals that women give can be difficult, and it’s a common problem that guys face right when they’re starting out”.

Understanding the signals women give can be hard. First it’s hard because women often do give mixed signals – sometimes a tease is a test, sometimes it’s actually disinterest. It’s also hard because women legitimately change their mind about you pretty rapidly, depending on the vibe you give off.

If you want to improve your skills at reading the signals women give, I suggest you start by understanding the theory of attraction – and why women sometimes give mixed signals – and then learn these subtle body language signals.

I’m going to devote a future post entirely to the different signals you get from women and how to interpret them.

8% of the guys wrote in that, flaking was their biggest problem. These are guys who seem to have an easy enough time getting attraction and phone numbers from women.  But when it comes to getting a date (or sometimes a second date) these guys somehow lose the girl.

“I can attract girls and get numbers. But a lot of them are “too busy” to meet up with me.”

“I just can’t go from the phone number to the date, whether I meet a girl in a bar, church  or online”.

“I can chat with women for ages online, but when it comes to meeting up, they change plans or cancel over and over”.

Flaking is something that most guys start dealing with as soon as they learn to be assertive and ask for the phone number in the first place. But, if you follow the right steps, you can cut flaking by at least 80%.

I’m going to make you have a very good understanding about flaking, why women love doing it, and how YOU can cut it off from your desire girl, to get more date and quickly escalate the whole thing to your desire taste.

This happens to be the least frustration, but the number is huge as well, it can’t be ignored, 6% is not a joke, you might even fall into this category.

Guys in this category put themselves as being their biggest frustration. They blame themselves and blame their sticking points..

Here is how they blame themselves according to what we got in the survey.

“I play games instead of just putting myself out there”.

“I’m my own worst enemy – I always utter out something I shouldn’t say and make the same mistakes over and over again.”

I really appreciate these guys for taking responsibilities for their action, and admitting their fault.

What you need to know is that, it is only when you are aware of the things that’s killing you or frustrating your effort in trying to get a date, that you can actually be able to take control of your life and fix your challenges

WHAT’S NEXT IS THE SIX SOLUTIONS

Now that we’ve identified the six most common frustrations that single guys have with women, I have decided to help guys solve those problems.

That’s why I am creating a six part email course, called the “Six Solutions” where I’m going to go over each one of these problems in detail, and show you how to conquer them one by one.

In no time, you’re going to get women effortlessly, once you finish with my six solution email course, which is FREE.

You’re going to fill out the form below with your name and your best email address, which is the email I’m going to send the six solutions into, for you to be able to read it and take the necessary action.

Then, watch as girls will be falling over, to ensure you’re the guy they have been waiting to love.