If you put a bunch of guys in a room and ask them about the the biggest mistake men make in looking for date, chances are they’d each come up with a different answer. And it is likely they’d all be wrong. 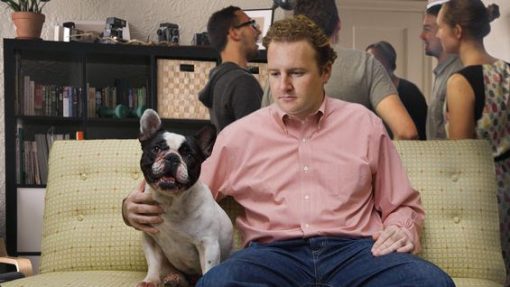 They’d be wrong in the context of what I am trying to tell you. I would be blunt. The biggest mistake men make is not taking that first step. Making that first, initial decisive move is the problem.

This mistake happens to all sorts of men. They think that they can just sit on their hard asses, be nice, cool, well-dressed and well-mannered; and in a short while, a sweet girl would walk up to them and ask them out.

Yes that could happen. If you have tons of money or if you are very famous, the the girls would come flocking to you whether you make a move or not.

The bad news for people who wait for girls to make the first move is that they never get the girl of their choice. The fact is, no matter how rich and famous you are, no nice girl would ever walk up to you and ask you out.

The cultural and societal values

From the day they were born, girls are trained to believe in the knight in a shinning armour. The man who would come and fulfill all their romantic dreams. 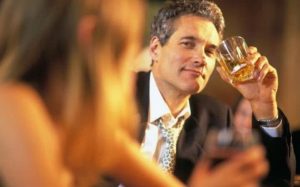 And they are made to understand that all they have to do be nice and beautiful for the man of their dreams to come along. This attitude becomes part of every girl’s DNA.

Things have changed a bit with all this talk about women liberation and feminism though. But even at that, the best first move girls make is to flirt or give some ‘come-on‘ sign to the guy to hit on them.

And some guys are so dumb they don’t even recognize it when a girl has given them the green light.

So what is the key to avoiding the biggest mistake men make in trying to get a girl?

Confidence is the simple and short answer. Though a misplaced confidence can be disastrous too.

I’ve never had a friend who is more confident than Lucky. Once the idea pops into his head that he needs to date that cool girl sitting quietly in the corner, he acts on it immediately.

His main problem though was that he found it difficult to hold on to a girl for long. And thing is, he is one of the most faithful guys I’d ever known. He never cheats on his girls.

Anyway, there was this day Lucky was toasting a girl. She was giving him a hard time. He wanted her to agree to his demands there and then. I guess she disliked his desperation.

Immediately he figured it wasn’t going to work out, he dismissed her and turned on her friend who was standing close by.

I was shocked. Who does that?! At least give it a day or two before going after the friend.

The friend was shocked too. She laughed in his face and reminded him he just finished trying to hit on her friend. But he was undaunted.

Seriously, it was a foolish thing to do. Somehow though, he kept talking until she agreed to give him a chance.

The biggest mistake men make was was never a part of his style. So he always had a girl at any point in time. The point here is that he was an extremely confident man. He was never scared of approaching any lady.

It is a game of numbers

Getting a girl is mostly a game of numbers. The more you try the more likely you are going to get a girl who truly likes you. So why would you sit down on your ass futilely waiting for a girl to hit on you?

I can understand it if a guy is naturally shy. In which case that is an attitude problem that needs to be dealt with first before anything. 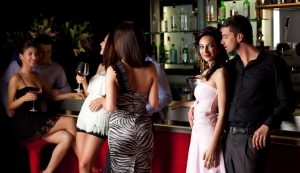 But even with  a shy guy who finds it difficult to approach a girl, the game of numbers can work wonders in eradicating that shyness.

The best way to solve that problem is to talk to as many girls as possible. The more the shy guy does it, the more confident he gets. Invariably overcoming that shyness.

For others, the reason they make this biggest mistake men make could be any of these:

Fear of humiliation – many guys I know are dead scared of being humiliated by the ladies. It used to be a problem for me too.

But the question you should always ask yourself is this: What is the worst that would happen if I walk up to her and tell her my feelings? The worst is never as bad as we think.

Experienced has taught me that ladies hardly ever go out of their way to humiliate a dude. Especially, if you are nice and tactful about how you approach them.

So the fear of humiliation is just an attitudinal problem too. Something we create this fear to make excuses for our inaction.

Fear of rejection – this too is one attitudinal problem that freezes us in our tracks. Because most men can’t handle rejection gracefully, they go through life waiting for the girl to make the first move.

Waiting for a perfect time – one of the reasons my friend Lucky had a high success rate was because any time was perfect for him. 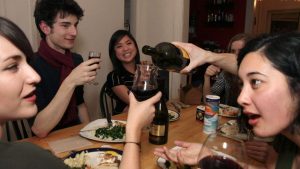 Other guys would wait for the girl to be alone first; or make sure they have enough money first; or they think they have to get the proper clothes for the occasion.

There is no perfect time. You just have to seize the opportunity the the moment it comes knocking. You won’t get many of those.

So let me reiterate this to my fellow guys, get off your prim ass and make that move. Your dream girl might actually be waiting for you anxiously to talk to her. So why are you wasting her time?

So, are you a victim of the biggest mistake men make? Why not share your experiences with us in the comments section below.

6 thoughts on “Biggest Mistake Men Make: Why You Might Never Get A Date”