The rate of divorce is increasing by the day. The reasons for this are as varied as there are married people. As part of the married couple though, you need to prepare your kids for the divorce that would likely tear their world apart. 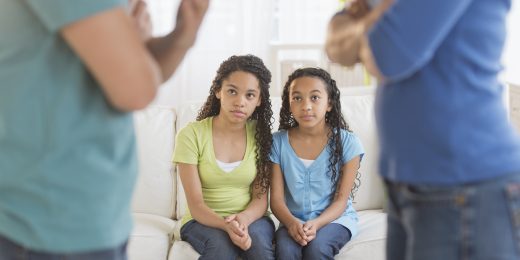 The fact that you have messed up your relationship mean you have to leave the kids to suffer from the collateral damage of the divorce.

Some couples believe wrongly that since kids these days are smart, they would sort out their feelings themselves. That is so wrong on many levels.

As a matter of fact, older kids who should have more sense suffer more from the divorce of their parents. The experience can be so traumatic as the unraveling of the family unit is akin to dismantling their world.

Before looking at how to prepare your kids for the divorce, let’s take a brief look at some of the effects of divorce on kids. 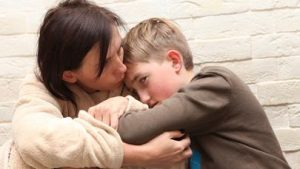 1. Socially – it is common for kids to be negatively affected socially if you don’t prepare them on what to expect. They might become withdrawn, refuse to talk to friends or prefer to stay in their rooms alone.

It is even worse for an only child as they have no sibling trying to cope with the same problem. They would, therefore, feel very alone and unloved.

2. Anger – if you neglect to prepare your kids for the divorce, they become very angry. Anger is just their way of expressing frustration in something they can’t do anything about.

Some kids even begin to think your guys are separating because of them. For kids in these group, the anger is directed inwards at themselves.

There is no telling what they would do to themselves or others.

3. Depression – separation of parents is one of the biggest factors in kids’ depression. In strong family units, the kids hardly get depressed especially if there is love in the household.

4. Education takes a hit – the combination of anger and depression would affect the academic performance of the kids in a bad way.

Even without the anger, depression alone would ensure they become listless in class; their minds focussing on the brewing storm back home.

These are some of the effects of divorce on kids, which is why it is very important to adequately prepare your kids for the divorce.

You might not totally eliminate these effects, but it would surely mitigate them.

So how do you prepare your kids for the divorce that would soon throw a spanner in their perfect world?

1. Explain why the divorce is going ahead 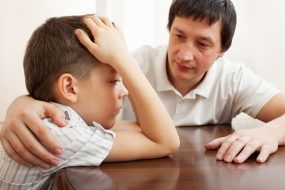 Explaining why the divorce is going ahead is very important. Your kids would definitely have tons of questions to ask. You would do well to encourage them to ask questions.

What you tell them should boil down to this: things happened with your partner that shouldn’t have happened. And because of that the two of you are better off apart.

You should also take the time to make them understand that not all marriages end in ‘happily ever after.‘

Basically, be patient with them and at the same time explain things to them as you would an adult. They would appreciate the respect you showed them.

2. Don’t paint your partner in a bad light 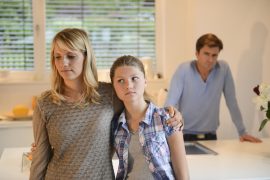 In your preparing your kids for the divorce, the temptation to cast yourself as the wronged person is very high. Resist the temptation.

It is not fair to the kids to think one of their parents is a bad person.

This would only confuse them more as kids most times think the world of their parents. So try as much as possible to avoid going down that route.

After all, you would still need your partner’s support in taking care of the kids after the divorce.

3. Try and understand their reaction 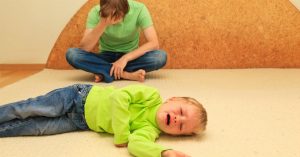 This is very important. Even after talking to your kids explaining why you are going ahead with the divorce, that is not a magic wand for acceptance of the situation from them.

They might still show extreme resentment and become disrespectful.

Look at it this way, the divorce is just like losing something very important. So they have to go through all the stages of grief. Shock and anger and confusion would be their first reaction.

And there is no telling how long they would remain shocked, angry and confused.

Accepting the situation would come at a later time. Coming to terms with the divorce largely depends on the kids. Some would only accept it long after the divorce has been finalized.

Others though, accept the situation even before you guys sign the papers. 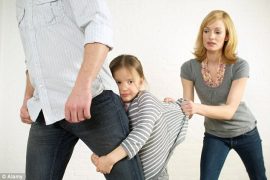 This could be a sticking point for all parties involved. Most couples use custody of kids as a bargaining chip in their divorce.

Kids tend to suffer because of this when not properly managed. You guys have to reach an agreement with the kids about where they would live after the divorce.

Don’t show resentment if your kids would rather stay with your partner.

On the other hand, don’t rub your partner’s nose in front of the kids if the kids prefer to live with you. You want the kids to grow up as well-adjusted individuals who understand the right way to behave at all times.

As you can see, to prepare your kids for the divorce is not something to trifle with. It is serious work that is as important as your happiness going forward.

Have anything to add? Please go ahead and do that in the comments section below. We always love to hear your take on any issue.