Marriage Is Just A Precursor For Divorce

It’s so common nowadays to hear about divorce of a couple whose wedding you attended just a while ago. We live in a world of quick marriages and even quicker divorces. Marriage has become another version of dating and playing house. People nowadays believe more in fairytale endings, considering marriage a version of a fairytale, rather than something that requires hard work and effort. Considering the high divorce rate, here are some of the common reasons for divorce. 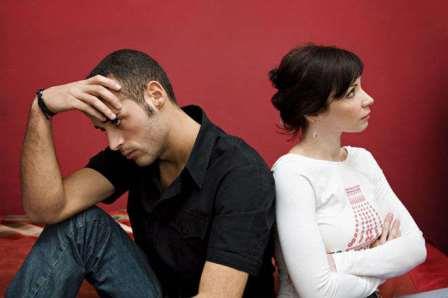 People go into marriage hoping for a fairytale. Often they are more in love with the idea of being in love rather than truly being in love with the other person. Even then, their decisions are made by their hearts, not through practical thinking. We often think of immediate, short term solutions to our problems. Similarly, people think of marriage without the vision of a long future in their minds, often hopping into something they aren’t truly sure of, just because of the promise of a fairytale ending where marriage is considered.

We have a hard time giving in to other’s demands when we feel very strongly about a certain issue. This is another common reason of failed marriages where people think compromising on a problem means losing their identity as an individual. Well, listen up. Compromising and understanding the other half’s point of view is a crucial part of marriage and one that you signed up for the day you said, I do. When things get tough, you need to roll up your sleeves, take a deep breath and get to work. You’ll realize that reaching middle ground isn’t as hard as you thought it was.

The Key Is Time

You must be ready to find time for your spouse despite your tough work schedule, raising the kids and managing life at large. It is important to give each other your undivided attention for a certain amount of time, while maintaining a level of intimacy and sharing your feelings and thoughts with each other. Be open. Be comfortable. Make him/her understand where you are mentally and physically. Share your dreams and goals. Let them in.

Before you jump onto the bandwagon of married individuals, you need to know if your partner shares the same interests as you. Hey, I’m not saying you need to be carbon copies of each other, just that there must be some common ground, because let’s admit it, in the long run those startling good looks you fell for are going to disappear. What will remain is the personality and if you can’t stand who he/she is right now, then you definitely shouldn’t be saying ‘I do’. Another aspect of a successful marriage is how you both handle your finances. This might not seem like a big issue right now, but in the long run, this is something that will most likely cause trouble. So you should figure out, whether your partner shares the same financial ideas or if it’s possible for you to reach a compromise on this matter.

Author Bio
Neha Gupta – A stylist by heart, a blogger by choice at CustomStitchers. This stylish shutterbug loves to capture life, fashion, relationships & culture through her words. These day she mostly writing with the intent to guide users how to design custom shirts online.