One tag that would send a girl into an epic rant is to accuse her of being jealous. To be fair, even dudes hate being called jealous. Somehow though, girls are more likely to linked with jealously than guys. So what are the signs that your girlfriend is the jealous type? 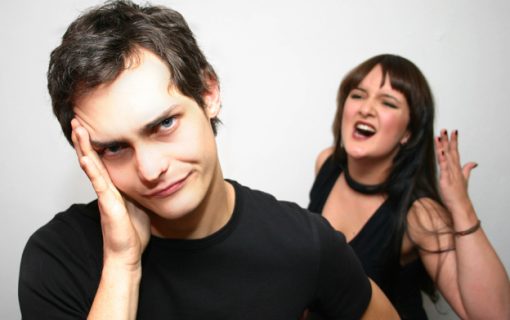 To put it another way, how do you determine that your girlfriend is the jealous type? It is important to know these traits in a girl because it might make the difference between happiness and grief in the future.

Fact is, if you know the signs that indicate your girlfriend is the jealous type, you can then take measures to nip the problem in the bud.

Unfortunately, some men (and most people in relationships) like it when their girlfriends exhibit traits of jealousy. To this group, it shows the girl is really invested in the relationship.

A bit of jealousy might be a good sign someone cares about a relationship, it can also be a kind of relationship test. However, the question then is where should a line be drawn?

Let’s face it, ‘a bit’ could be somebody’s else’s ‘too much‘. Basically boiling down to a question of personality and how people are wired differently.

In that respect, it is best to treat any form of jealousy as a problem and handle it appropriately. Therefore, there is no need to split hairs about what constitutes good or bad jealousy.

So, before tackling the problem, one needs to identify it right? So here are what to look out for to know your girlfriend is the jealous type.

Talking of your past relationships irritates her 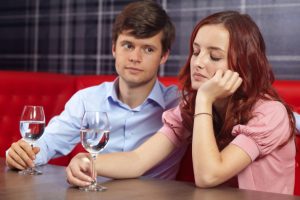 To be honest, nobody likes listening to a lover’s past escapades with an ex. But sometimes, we talk about them to show we are comfortable with our past and are over it. And mostly, it is just to illustrate a point or just for laughs.

Your jealous girlfriend though won’t bother with that fine distinction. Any mention of your ex changes her mood to ugly instantly.

A smart guy would change the subject immediately if he doesn’t want a row. A smarter dude would make sure to avoid talk of exes ever again. At least, until you have tackle her absurd fixation with your past relationships.

She always wants to know where you are 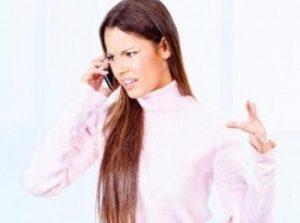 Left to her, she’d find a way to put a GPS inside you so she can always tell where you are. Baring that though, she would always question your movement.

It doesn’t matter if she is fairly certain about your whereabouts. The jealous type would need to hear it from you to calm her down.

No conversation on the phone is complete without the question, ‘Where are you?’

Another female is a call to battle 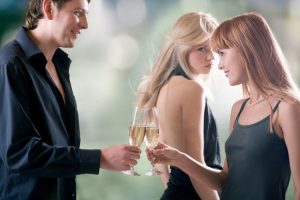 As a guy, it is inevitable that you’d look at other pretty girls or even admire them. It doesn’t mean you cheat. It is just in our DNA to appreciate beautiful girls.

For a jealous girlfriend though, that is an excuse to question you. It doesn’t matter how many times you inform her it was just an innocent thing with no ulterior motive.

If your girlfriend is the jealous type, even an innocuous statement about how pretty your sister is can set her up for a fight.

She stalks you on social media 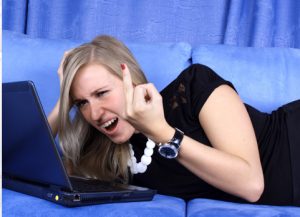 First off, they insist on following you in all online forums. And for forums like Facebook, they would even go to the extent of creating a fake female profile to test your fidelity.

And of course, she has all the passwords of your accounts. As far as she is concerned, hiding passwords from her means you have some serious skeletons in your closet you don’t want her to know about.

She stalks you offline 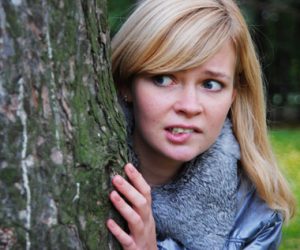 Offline stalking is even creepier than online stalking. Stalking you offline is one of the biggest indicators your girlfriend is the jealous type.

Offline stalking borders on psychopathic behavior. Jealous girls however don’t care about that. They would come to your house at odd hours and unannounced hoping to catch you doing something with some other girl.

It is not beyond them to even come to your place of work to make inquiries about you. Basically, they put your life under a microscope that tends to magnify small innocuous things into big infractions.

She would accuse your of cheating several times 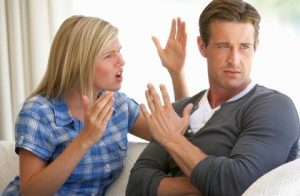 That is one thing you would to come to terms with if your girlfriend is the jealous type. She would accuse you of cheating just for the heck of it. Not once. Many times.

This is just a sign of her insecurity. And there is nothing you can do to prevent that.

So don’t be surprised if she takes the wind out of your sail one day by accusing you of being a cheat.

Assuming you are the patient type, you might recover in time from the shock to carefully calm her down and kill her doubts. But, don’t be stumped if she does it again.

At a point, you’d just snap because you are completely at your wits end. I mean, there is so much even an angel can handle.

She has a morbid fixation with your phone 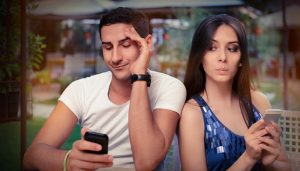 I guess most guys would say it is normal for girls to want to go through a guy’s phone. Up to a point, there is nothing wrong with it. Perhaps, you have an awesome app she loves playing with.

But a jealous girlfriend would make it a daily priority to go through your phone. She’ll collect your phone to check your call logs and messages.

She’d look at your phone when you finish chatting with someone to see if it was girl. Even if she knows you were chatting with your friend, she’d want to analyze the content of the chat.

And if you dare to lock your phone, that is another reason to get at you with all sorts of accusations. To her, your phone is the enemy that must be kept very close all the time.

She doesn’t like it when you hang with your guys 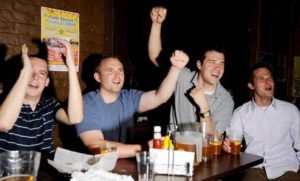 She’d rather you hang out with your guys where she can keep an eye on you. So, to her, the only suitable place to be with your friends is in your home.

She’ll make a big issue out of it if you insist on going to see your friends without her. And if you manage to escape her, the calls every minute are her way of checking up on you.

Be rest assured that you would be in for a nasty time when you get back. With her foul mood, she’ll want to hear every detail of your outing.

She would never be satisfied even if you account for every second of your day away from her.

Girls like that define relationship based on fear that everything that could go wrong would. Nothing you do or say is likely to change them. They are hardly ever happy in a relationship or in other aspects of their lives.

The simple fact is their persona is already irrevocably warped.

So, tell us what you think about this. We would also like to hear about your experiences in dealing with a jealous girlfriend.