There are some things that are very hard to be rational about. One of them is dating your best friend’s ex. Just like in most things personal, this throws up a lot uncomfortable feelings. 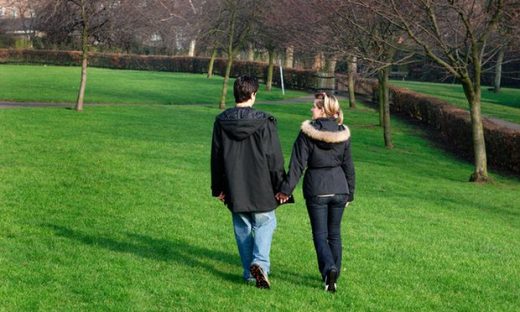 Dating your best friend’s ex I must tell you has so many ramifications that if I had my way, is something that ought never to happen. Ever.

Just recently, Mary (not her real name) told me about how she was having a problem with her close friend over a dude. Mary is a girl I respect a lot because she had her head screwed on the right way.

Well so I thought until I found out the crux of the problem she had with her friend was that she dated the friend’s ex.

I looked at her in shock. Mary is the sort of girl who at any point in time shouldn’t have a problem getting a man of her choice. She is very pretty. And men of all sorts usually hassle themselves silly just to be in her company. 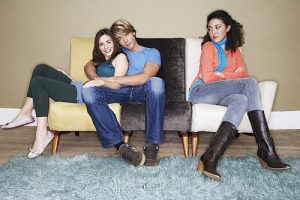 I mean she could get any man by just snapping her fingers. So why dating her best friend’s ex for God’s sake.

According to her, she felt it was wasn’t a big deal since her friend had already broken up with the guy.

Since that day, the respect I had for her went down several notches. I thought she knew how these things work. I had sought her advice on several relationship issues before, and she’d never disappointed me before.

She said so many things about what actually went down; all in an attempt to convince me dating your best friend’s ex wasn’t a bad thing in some circumstances. I didn’t buy any of it to be honest.

Maybe, in my next piece I would try and break down the reasons people go into stuff like that. Today it is all about why dating your best friend’s ex is a disastrous idea. 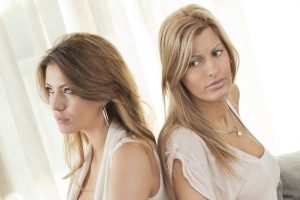 The first question that would come to mind if a friend did that to me is to wonder if the shameless dude had a thing for my girl while we were going out. Did he in some way instigate the break up so he could have a go at her?

You know, questions along those lines.

And these are the sort of questions that invariably end the trust between good friends. To put it simply, I’d never trust my friend again.

And with the trust gone, can I honestly call him my best friend? Of course not.

Mutual friends would get sucked-in in a bad way 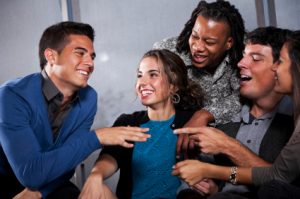 Dating your best friend’s ex would really lead to to very awkward situations.

One of these is where your mutual friends stand on the issue. Naturally, some would be in support while others would see the foolishness of dating your best friend’s ex.

Others still would just sit on the fence and roll with tide depending which one favors them.

The bottom line is that by this singular action, one had succeeded in putting a wedge between a group of friends. Even the neutrals, sooner or later, would have to pick sides.

Things would never be the same among this group of friends again.

I mean, this is somebody they considered your brother who had your back all the time.

I can picture a tense situation where some concerned parents would organize a sit-down to thrash the issues relating to your friend going out with your ex.

No matter how hard they might try, the only thing the parents or family members can get from such a meeting is a promise to keep the peace from both parties.

Effect on your social life 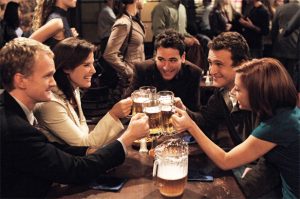 If my best friend hooked up with my ex and I had my way, I’d run both of them out of town. That is only because doing any worse is uncivilized and criminal.

Imagine going to a party or a bar or perhaps the wedding of a mutual friend only to run into my ex snuggling with my best friend. It is untenable.

This is one situation where paranoia is allowed you know. You’d get the feeling they are always talking about you and how much of a jerk you are.

Anytime you see them whispering together and having a laugh, you would feel that way. For that reason, it is best you stay away from places you might likely bump into them.

Like I said before, the ultimate solution is to run them out of town. 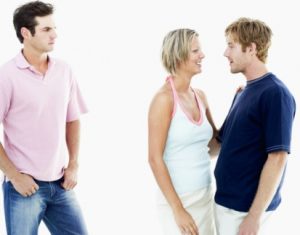 Jeez! Just imagine my ex sharing all those secrets I told her with that dude. Conversely, I bet he would be telling her so many of the things I told him in confidence; just to make me look bad and make her feel she made the right decision hooking up with him.

No, I won’t have that. I won’t let it go without doing something about it.

So what would you do if you were placed in that dicey situation? Would you shrug your shoulders and let it go? Would you react the way a normal dude like me would? Or would you take extreme measures to let them know how disgusted you feel?

Tell us about it in the comment section below. Or you can head over to our Facebook page or Twitter handle to vent your thoughts. We would love to hear them.