We guys lie about all sorts of things in the mistaken belief we would score important points with our girls. This happens mostly when we meet a new girl and we are in a hurry to drag her to our bed. That is when we get crazy creative with some outlandish fibs.

I always think Jo was sent from heaven to teach me quite a few things. Anytime I hear one of my favorite classics, Joshua Kardison’s ‘Jesse‘, Jo pops into my head. She is the sort of girl I could drop anything I was doing just to please. She really had my number.

And I learnt a lot from her. One was never to bother lying about things that we guys feel are important. Or even if they are, just come straight out with the truth. It saves you a lot of bother later on.

Three years after we broke up, I believe I am a better man thanks to her. Thanks to her, the fact I am so honest with the ladies benefitted me in ways i keep discovering every day.

The whole point is, though we guys lie while trying to navigate the pitfalls of a relationship; the truth is a better compass for taking us to our final destination.

Here are some of the things guys lie about but shouldn’t have wasted energy doing. Drink a toast to Jo if they make sense to you.

Guys lie a lot about seeing other People 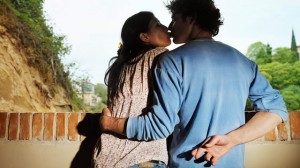 If she is the real arrow that gets permanently embedded in your heart, this is one issue you should tell the truth about. We guys lie about seeing other people for so many reasons. One of which is the fear of losing her.

But hey, if your girl is smart, she’d figure out real fast that a young single guy like you has the right to and can date some other women.

Telling her about it doesn’t mean she needs to hear the details of the affair. Just let her know it exists.

If you lie about this and she finds out later, she might start thinking that perhaps you whole life is a lie too. The question becomes, ‘What other things has this jerk lied about.’

Is there even something like a serious fling? I think by nature, all flings are inherently casual. Anyway, without going into the details of what happened the other day at that party you attended, if it ever comes up in a conversation, better admit to her about the one-night affair you had with a girl you met there.

These are the sort of things that happen at the beginning of any relationship where you are both trying to discover each other. It would surprise you to know ladies tend to give us a long rope before we get into the serious business of real commitment.

Other Women Attract You

That is, you find them beautiful and is not afraid to show it. Most times though, guys lie about that too. Girls are not stupid. I mean, chances are, you are sitting beside her because you found her attractive in the first place.

So don’t be afraid to admire other girls or talk about how charming they are. The point is, it is almost certain you see the same things in your girl. And women appreciate that too, after all, they get their inspiration on how to look and dress well from other beautiful women. 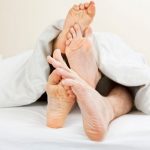 This too is a subject we shouldn’t lie about. Jo was really upfront about talking about sex. It was very refreshing. However, I was kind of disappointed she didn’t like guys going down on her. Something about an itch she had to deal with later.

To prove that we are very macho and liberated, we guys lie a lot about what we don’t like in bed. It could be because we are afraid of hurting the girl’s feelings; so we play along with whatever she comes up with.

Just tell her nicely you don’t roll a particular way. She’ll respect your choice. And don’t think for one moment she’ll dump you and go looking for a guy that is in sync with her sexual proclivities. No. Sex doesn’t score big points with women especially if they want a serious and committed relationship with you. 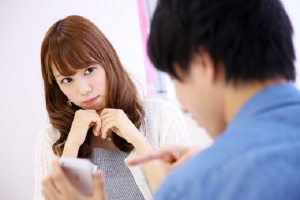 We all know women love chatting and are very okay about telling their man about every little thing that happened while they were away. We guys are most times the opposite of that.

However, letting her drone on and on when you’d rather sleep or think about something else is taking the importance of conversation as one of the cogs of a healthy relationship to absurd levels.

Just say you don’t feel like talking instead muttering monosyllabic answers in between sentences. That is disrespectful to her. There is something known as comfortable silence. Women love that too.

Those are some of the things I learned from Jo. However, there are some things guys lie about that are absolutely worth it. No girl can teach you those. You just have to learn them from your bitter experiences.

You are free to share your thoughts about this or any other issue niggling you on our Facebook page or Twitter handle if you prefer that. Cheers.