When Tosan, my friend’s sister, got married in an elaborate ceremony, we never knew that eight years down the line, her marriage would be a perfect study of why people stay in abusive relationships. 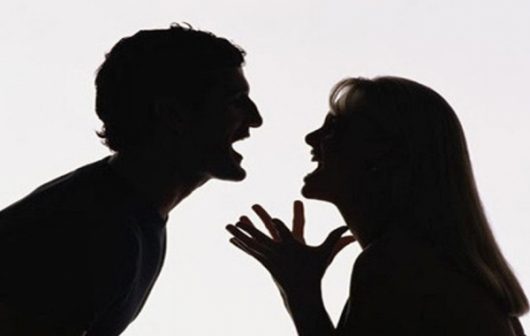 Tosan’s husband, Gerald, was the perfect man in the beginning. Being a banker, he was set up to become the perfect husband and father to their kids. Then he lost his job 5 years after the wedding.

Things spiraled out of controlled real fast. With no job and depression setting in, he resorted to picking up fights with Tosan for any flimsy excuse he could think of.

Now he is estranged from her family; and most of his friends have also left because they got tired of his constant moaning instead of picking himself up and doing something productive.

Things got to a head when Tosan was jolted out of sleep early one morning with Gerald’s hands around her throat determined to squeeze the life out of her. At the same time he was mumbling feverishly that she was the cause of all his problems so ending her life was the best solution for him.

She struggled furiously but quietly (because she didn’t want the kids to see their father in this state) and somehow managed to escape him.

Here is the thing, she is still with him. Everybody thinks she is crazy. I am sure an inner part of her agrees she is crazy not to leave. After all, she is financially OK.

Why Tosan is still with Gerald is at the heart of why people stay in abusive relationships.

The reasons below of why people stay in abusive relationships are not exhaustive by a long stretch. Let’s just say it is a broad outline because when it comes down to it, each relationship throws up unique problems largely colored by the personalities of the people involved.

People stay in abusive relationships for these reasons:

Fear for their safety 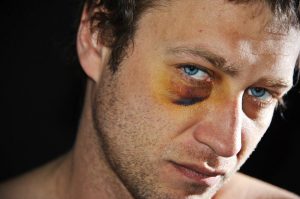 People would stay in abusive relationships because they are afraid of the harm that could be done to them if they leave.

Sometimes, the partner is violently abusive and has threatened them with grievous bodily harm if they leave. The family of the abuser might even support that decision.

So remaining in the relationship despite the trauma involved might be seen as the simplest way to stay alive.

Fear of the unknown 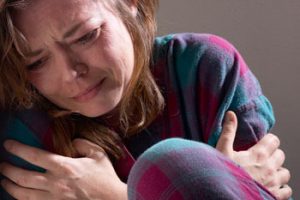 People remain in these relationships because they have a low-stress coping mechanism. Which is another way of saying they have become too dependent on their partners to resolve stressful issues for them.

The abused partner with this sort of mentality belief they can’t handle life on their own. They are scared of facing a situation they have never encountered before; so they remain in the abusive relationship. 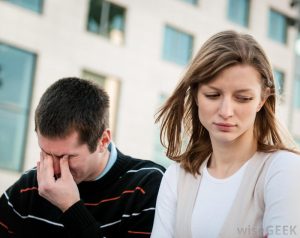 Shame can propel some people to do things they know is wrong. They know it is wrong to remain in the relationship but can’t leave because they feel humiliated by the whole affair.

How can they start to explain to people that a once loving partner that meant the world to them is now a beast? Won’t their enemies rejoice at their misfortune? What about the social stigma involved or the privileges they used to enjoy as a couple?

They’d rather remain in the abusive relationship than having to face the world with the shame of it all. 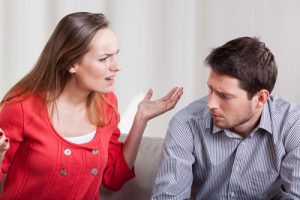 Self-esteem plays a big role in the sort of partners we end up with. Normally it is people with little regards for themselves that attract abusive partners.

It is so pervasive that some people with low Self-esteem even believe they deserve the nonsense they are getting.

Love vs Hope and change 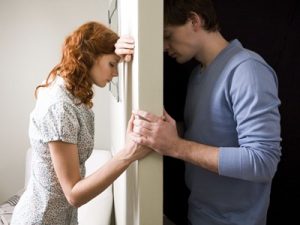 Love is such a powerful potent which can work against our self-interest. In the case of the abused partner, love can make them become blind to how dire their situation is.

A coping mechanism is to lean on hope. Hope that the abusive partner would eventually change.

The change rarely ever happens as long as they remain in the relationship. Sometimes, leaving the relationship is the only way the abusive partner can be jolted into seeing how terrible they have been behaving.

Doing it for the kids 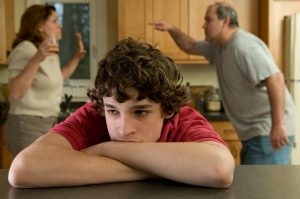 For married people with kids, this is the most pervasive excuse for remaining in bad relationships.

Tosan is never tired of saying that. Telling everybody she is trying to protect her sensitive kids.

People who stay in abusive relationships do more harm to the kids by not leaving. The emotional damage done to them would stay with the kids for the rest of their lives.

It is known that kids from such dysfunctional relationships are more likely to end up in one too. 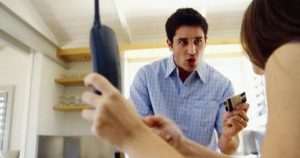 For women who leaned on their partner completely for financial support, money is a strong reason to remain in an abusive relationship.

Surviving without a job and no prospects; or losing all the comforts they got used to, can seem terrifying. So they just elect to stay and bear the brunt of the abuse.

The advice from family is always the same: the bottom line is you are told to suck it up and try to work it out with your partner. And no matter what, separation is not an option.

What people in abusive relationship should know is that leaving is definitely not the end of the world for them. It could be the best decision they ever took.