When John met Sarah in his final year, he immediately knew she was the girl for him. Any other consideration was secondary in his determination to spend the rest of his life with her. He did not care that marrying across class lines could pose several issues later. 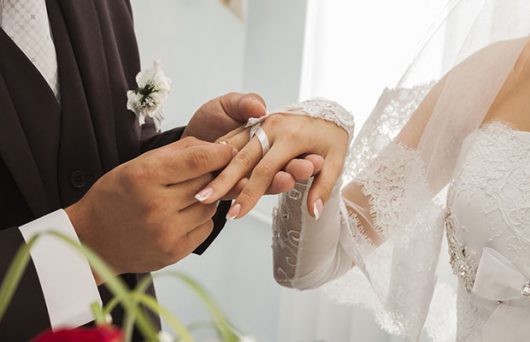 Two years later, after his mandatory one year national service, he got a good job. He did the next thing he thought was the most important thing at that point. He married Sarah.

These days, John’s friends and family are tired of his constant complaints about his young bride. You see, he did not understand that marrying across class lines has its own special baggage that one has to deal with.

Listening to John complain about lovely, simple Sarah, I knew it was just the fact he crossed several social lines to marry that was at the bottom of all his complaints.

Let’s look at where problems can rear their heads in this sort of relationship.

That is the first place any newlyweds should expect friction from.

When John told his family about his intention to marry Sarah, the initial barrage of questions went along these lines

Who is her father and what does he do?

Which family is she from?

What part of town are they living?

It soon became clear to him his family were more fixated on her social class than her person. Up to this this moment, Sarah hardly gets the respect she deserves from her in-laws. Their attitude towards her is downright patronizing.

At the other end, Sarah’s family sees John as a sort of benefactor. When they have to weigh-in on a squabble between Sarah and John, they invariably support John. They are simply afraid of annoying the man that took their daughter out of poverty.

It is no brainer if you think Sarah is miserable. She is. 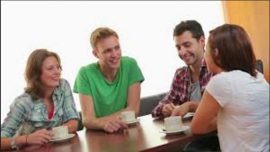 In the case of Sarah, practically all her close friends have deserted her. The reason is simple. They felt uncomfortable in her new social class. Nobody told them outright, but they felt John’s friends were just tolerating them.

The issue of mutual friends is one factor people fail to take into consideration when they are marrying across class lines.

Friends can be merciless in how they treat your spouse if they think he/she is lacking in some relevant ways.

For Sarah, the psychological toll of constantly learning how to fit in with her husband’s friends plus his constant criticism if she fell short became too much for her. She just gave up. Instead she stopped going out with him and avoided his friends as much as possible.

Adjustment curve can prove too much

Both parties in the relationship have to change to strike a workable balance. Even in normal situations, relationships that last the distance involves lots of sacrifices from both partners.

Marrying across class lines means the adjustment curve had been raised far higher than normal. The sacrifices from both couple would have to be more.

What if one partner is strong-headed and refused to change an aspect of their personality? What if one partner over-compensates? Wouldn’t they bear some grudge that could be used as a sort of emotional prop to be used in a future crisis?

Recall I said John is always full of complaints about his wife? His gripe can seem silly to you if you don’t appreciate how marrying across class lines can be a problem

For instance, he hates the fact his wife has no interest in anything beyond her social environment. He can’t talk to her about how the going-ons in a foreign country can affect them.

He can’t get her to start listening to good music outside of the local gospels songs she liked singing. Even the movies she loves, which at one time he thought was just silly, now grates on his nerves when he sees her watching them.

Now, he is afraid his wife would bring up their future kids to embrace her world view. But I think he should not be worried about his kids though.

Good schools, peers and environment would play a bigger role in shaping his kids than what he or his wife would do to them.

I remember when we were young, broke and hot-headed, we only go out with girls far down the social ladder if we wanted a quick score. It was snobbish behavior. But we were young and did not know any better.

My advice to any couple about marrying across class lines is always consistent: don’t do it. That is why I am a big advocate of dating for as long as possible. That way, you have a fair idea what you are getting into.

But even at that, marriage is a whole new ball game from dating. A different league entirely. So why complicate it further by marrying across class lines?

You don’t see anything wrong with marrying across class lines? Why don’t you tell me about it in the comment section below? We welcome all other comments too.