The International Women’s Day was marked recently. On days like that, women empowerment and rights are up for appraisal. One thing that always puzzles me is why women don’t make the first move with all the talk of equality and how much progress they have made. 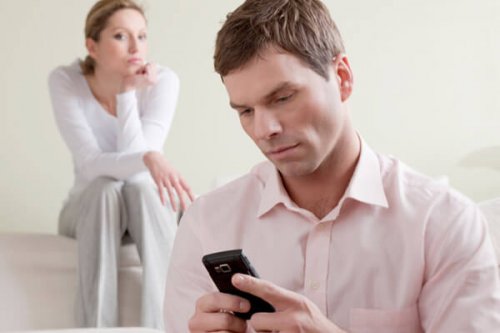 Considering that women have come a long way in bridging the gender gap, why certain things are still the way they are is a huge head-scratcher. Many men out there would really love it if they don’t have to make the first move. That could eliminate all the time-wasting wouldn’t it.

At least let the women know how it feels to summon up enough guts to approach a dead drop handsome guy knowing that they might be rejected. They would understand the nervousness many guys feel in similar situations.

One good thing about that is that there would be more empathy for men who find it hard to approach beautiful ladies.

Anyway, the issue at stake is why women don’t make the first move most of the time? What is it about this form of social interaction that women don’t want to change?

Read on to see why we think women don’t make the first move. Perhaps that would help you understand a thing or two when faced with situations you would rather the lady makes a move for you first.

It is in the genes

We evolved from a basic hunter and gathering society where real men are defined by their ability to provide food, shelter, and protection for women and children.

The male species therefore had to evolve to perform that function adequately. So in came the bigger muscles and body. Along with that came the aggressive hormones that are released in males to be able to fend off foes.

Centuries of living like that made it almost impossible for a regular man not to see himself as the provider and defender of the weaker sex.

It was a normal thing, back in the early days, for men to settle a dispute over a woman by fighting to the dead. It was a winner takes all and the woman had no choice but to follow whoever wins.

Though this meek attitude has been diluted by time and progress, women still have the dominant non-aggressive hormones as part of their emotional makeup. The genes, on the other hand, complement the emotions by molding them into soft, smaller humans.

It is a test 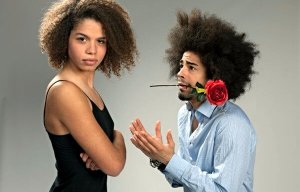 You know how they say women like self-assured men with enough confidence to spare? So how else do you expect them to test your confidence level if they have to make the first move?

That first move you make is almost like a rite of passage in the dating game. To get yourself through that door, you as the man has to prove worthy of it.

Sometimes it is just a game which they enjoy a lot. Most women know from the first eye contact you make that you want them. So they want to see how you go about navigating your way through that rough initial ‘strange-boy-meets-pretty-girl‘ stage.

Who wants to miss all that drama? The stuttering and snatching at words hoping something works is something most girls enjoy.

Making the first move cheapens them

There is a saying that what we value the most are the things we found rather hard to acquire. The same thing applies women.

They know if they make the first move, the man is unlikely to value them the way they wished. Sometimes, in a relationship where the women made the first move, an innocuous action by the man can be interpreted wrongly.

How many times have you heard ladies saying something like, ‘I don’t blame you, it’s because I gave myself to you easily you are taking me for granted.’

That is the crux of the matter right there. Ladies, no matter their situation, want to be valued all the time. 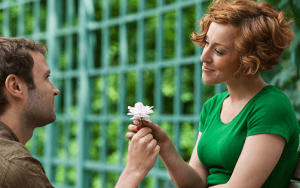 In spite of the equal rights movement around the world, most cultures bring up girls not to make the first move. It is considered unseemly and a sign of bad upbringing for the lady to make a move on the guy.

Even sophisticated women who you’d expect to have discarded such practices do it unconsciously. At best, they give the man all the come on signs or green light to make the first move.

It is now left for the man to take the initiative from there.

However, some very conservative men frown on that sort of behavior from women even if it is just body language. These men are steeped in the culture of women remaining in the background.

Basically, women won’t make the first move not to be shamed by people calling them ‘loose‘ or worse.

So guys, no matter how cosmopolitan and sophisticated a lady is, when it comes to making the first move, she won’t budge. Even if she is dying to be in your arms, she’d rather die than actually come out to say the words to you.

So if you are waiting for that hottie who has been giving you the eye to go all the way, you are likely to be disappointed. Your best bet is to up your game and just bite the bullet by approaching her first. As they say, you’ll never get the girl you desire if you don’t make a move.

Do you have a contrary opinion? How do you feel about girls making the first move? Let’s hear your thoughts on the issue. And do to share this on Facebook and Twitter with your friends.