There is this notion, entirely wrong of course, that men want to get down with their ladies at anytime. That we are game at the drop of a hat. All we need is a skirt and a body inside the skirt to start dripping from the mouth with lustful intentions. 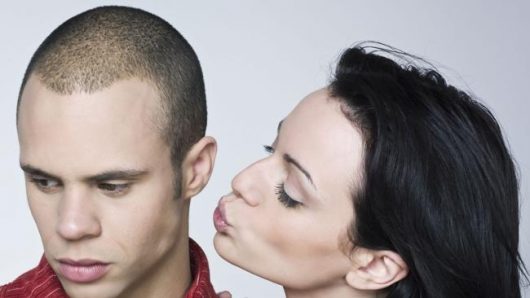 To be fair to the notion peddlers, we do think of it a lot. But that is in no way related to looking for an excuse to just get down. We men do think of other things though. Some ladies would find that idea strange.

I once heard a comedian disparaging men saying the only reason we burst our guts to make money is because of the ladies. That in the absence of women, we would spend the whole day, every day, playing our favourite games.

And what about food to eat? We would just climb the nearest tree and raid it for fruits. Or if we bother about it, organize a hunting party to get meat.

No man with his pride intact will agree to any of that. Unfortunately, the feeling is so strong we just want to get down at all times the ladies take advantage of that fact to be mean to us. And to ration out intimacy as a reward for good behavior.

So the other day, she decided we should do it as a reward for something I had no idea of doing. Perhaps it was because I gave her a nice gift. Anyway, I told her I don’t want to get down after she was all naked in front of me with that smile that seemed to say, ‘You know you can’ t resist me.’

Now, I have been binned! Just because I didn’t want to get down with her! Or perhaps because I pulled down that carefully build notion that we men can’t resist a naked girl. We just have to have a good frolic in the hay at the sight of one, especially if she is nicely perfumed and just raring to go.

Okay ladies, here’s the thing; sometimes we men don’t want to have sex. You think that is a strange idea and want to know why? How about these reasons for starters?

You did Something Awful Earlier

Maybe you’ve forgotten, but I haven’t forgotten how you farted quietly while we were getting cozy on the couch watching TV. I wished we had a dog so I can blame the poor darling.

Unfortunately, you and me were the only living things in the room. Two hours later, I can’t get it out of my head that a classy, beautiful girl like you did that disgusting thing. You need to give me time to adjust to that new reality.

You better learn to pick your moments girl. Arsenal is getting a real battering from that obnoxious Stoke City. Just what the hell were you thinking blocking my view with your naked body.

Maybe you don’t know these. For sensible football fans like me, intimacy and football don’t mix. Period.

When the game is on, getting down with you is the last thing on my mind. God help our relationship if we lose the game. I’ll put the blame on you for distracting my team with your beautiful naked body. 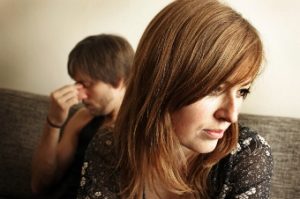 Baby, I need a little empathy you know. Maybe it’s not your fault for thinking of seducing me at such a critical time. After all I did not tell you about my money issues.

But you know how it is. This lack of money thingy is threatening to undermine my manhood. I got bills to pay. I got you to take care of or else you might run away with a rich bloke.

Long story short, I can’t be seen doing that sort of thing when my existence as a responsible man is under attack by this lack of money.

Let me be. I need to think about ways of getting my mojo back.

They are just Outside that Door

Especially that your aunt Mary that never utters a complete sentence without mentioning the Lord’s name or sin. I never told you this, but she is a good example of why I don’t do religion. Listening to her, you’d think her Lord spent his entire ministry bleating about sin.

I just ate a heavy meal. I put the blame completely on you. You should know better about making such delicious food if you want to be naughty with me later. You know I won’t stop eating until the pot is empty.

Give it time to digest properly. Tomorrow would be nice.

There they are girl, five solid reasons why the sight of that beautiful body did not move me into getting down with you. Binning me was rather harsh.

Guys, you can weigh-in and tell them ladies other reasons we sometimes think a roll in the hay at a particularly inauspicious time is sometimes worse than having dinner with the devil.