Woman Think More of Fashion Than Man Think of Sex

It is said somewhere that men think of s*x nearly every seven seconds, though I still disagree with this considering the fact that I’m a man and I do think of s*x but not as often as every seven seconds. I know for sure that I’m may just be one exception out of a  thousand of men out there. The fact just remain that men think of s*x more often than women think of it. But there are another dimension to the way woman thinks now which has now surpassed the way man think of s*x. In some recent studies, online and offline inclusive, it has been revealed that women think more of fashion than any man thinks of s*x, that is the fact.
As a woman how many times a day do you think about fashion? Now according to a recent online study, Women have fashion thought on their brain 91 times in any given day and that is more than four times a man think about s*x in any given day. 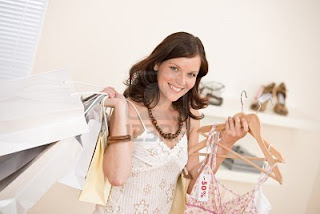 “For many young women fashion is so much more than a casual hobby or mild interest – it’s a way of life, and the results of the survey confirm that.”

A way of life is right. According to the study, a fashion thought manages to creep into women’s minds for an hour and 19 minutes every day. That means that every 11 minutes and 23 seconds a woman stops to ponder style. Also noteworthy is the clothing item that tops the list: dresses. (Not shoes?)
According to Rebecca Elderfield, Very.co.uk Style Director said in a press release, “we already know that lipstick names seep into our conscious more than we thought, but apparently 11 percent of British women think about fashion more often than they think about friends, family and work.”
So when a woman still found out time to carry out her responsibilities at home with all this hard time spent thinking of fashion, then such woman should be praised. This is because it’s a miracle that the woman is able to find the time to order lunch, let alone climb the political ladder or become an executive at a global company. 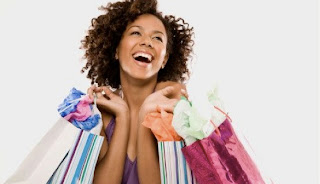 If you’re a woman reading this, do you consider yourself thinking of fashion up that extent? And if you do and still perform your duties as mother or young lady, thumb up for you. Feel free to comment on this post, just look down for the comment box and let hear your view. We will appreciate your contribution.
If you’re a man, can you too testify to this fact? Just look at your surroundings and draw up your conclusion. A contribution to this post in form of comment will be highly appreciated from you.
Thanks for the visit, I hope to see you come back again to read our other interesting facts and discovering.