If somebody were to tell you they could cure your hangover with a simple remedy, you’d do anything to know how won’t you? Nobody likes a hangover after a night of drinking. It’s like somebody somewhere is punishing drinkers for the audacity to enjoy themselves while there are bigger world problems to bother with. 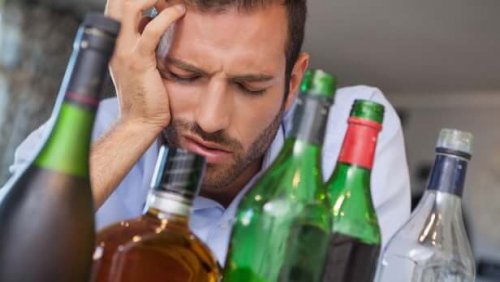 For those who don’t drink, congratulations! You would never know the debilitating pains that accompany a night of drinking. But spare a thought for that individual who complains about being hung over.

No matter how matter times it happens, drinkers never get used to hangovers. Sometimes, it isn’t just the dull or a searing headache. You’d feel so sick you want to vomit everything inside you.

This nausea would make the idea of eating anything painful. Breakfast is simply out of the question. All you want is to go back to sleep and hope it would cure your hangover when you wake up hours later.

Regular drinkers would consider a cure the best thing to happen since man discovered fire. But in the absence of one, there are things to do or steps to take to cure your hangover.

Continue reading to see how to do it easily.

Cure your hangover with light food

The idea of eating when you have a hangover can seem like punishing yourself more. But eating something is one of the easiest ways to mitigate any nausea you are feeling.

You don’t have to launch yourself into a full course breakfast though. Light food like crackers or crisp toast would ease the nauseous feeling. Eat them slowly by nibbling until you begin to feel better.

Drinks to cure your hangover 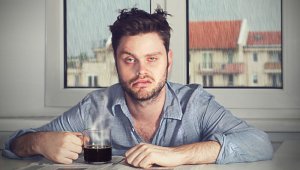 The next step in tackling your hangover is the use of fluids.

People who have gone through the pains of a hangover would always talk about how thirsty they feel. That is because they are actually dehydrated from lost body fluids.

Finally, as you feel the nauseous feeling receding, you should start sipping water. Make sure you don’t take drinks with high sugar content. We are talking mostly sodas here.

Other drinks to consider are:

Mint tea – mint teas are known to calm upset stomachs. Apart from calming your stomach, it also helps to rehydrate your body.

Cup of coffee – it is a common urban legend that coffee would cure your hangover if you drink enough of it. That is not true.

For hangovers, a cup of coffee is enough to revitalize you to face the day. And it might help ease the headache a bit.

However, coffee is not compulsory. Avoid it if you don’t like it. The thing about coffee is that too much can aggravate your stomach. The caffeine in it can make acid reflux worse if you suffer from it. 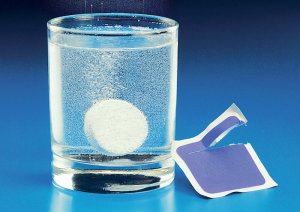 Alka-Seltzer is the common brand name for a medication that contains aspirin, sodium bicarbonate, and anhydrous citric acid.

The combination of the three chemicals work together to relieve your headache and neutralize your nausea. Simply drop 2 tablets into a glass of water and drink it quickly.

Wait for some minutes while the medication does its work. You would start to feel better after some time.

These are products made up of electrolytes and dextrose. The most popular is Pedialyte Freezer Pops that can be found in many pharmacies.

They are used to replace fluids, electrolytes, and minerals lost by the body as a result of heavy drinking. The medication is available in liquid form but one can always get a popsicle version of it to suck.

Taking a shower is a very therapeutic activity for the body. In your case, a good shower or bath would help eliminate the alcoholic smell on you or the smell of the party the previous day.

Don’t bath with water that is too hot. A cold shower would even be better if you can stand it. Also, try not to stand under the water too long. It would only aggravate your nausea.

Take some time off to rest 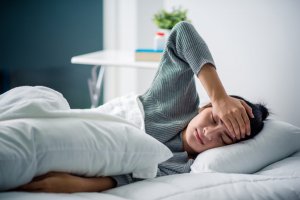 Lots of rest is actually good for the treatment of hangover. And of course, a good sleep is the best form of rest. So if you have the time to spare, you better lie down and just let yourself go.

You would wake up feeling better.

But if sleeping is not an option, simply rest on the couch or chair by sitting down and doing absolutely nothing for a few minutes. The rest would rejuvenate your body and ease the headache.

When you have the opportunity, take a quick nap.

These are the steps to take you need to cure your hangover. You can follow them in no particular order. Sometimes, doing just one thing can eliminate your hangover. But most of the time, it has to be a combination of the tips above.

So, tell us how you manage your hangover after a night of drinking. Which of the steps above works well for you?

Remember to drink safely though and don’t drive if you have taken too much. Do share this with your friends on Facebook and Twitter if you found it helpful.