You have just arrived home from work. It has been a long and hectic day with a lot of traffic on the way home. The day is very hot and you feel dehydrated. You open the refrigerator and pick up a can of soft drink. You drink it all up in one gulp and feel satisfied. You have lunch and also take another can of soda afterwards. This is your daily routine.

It will not be out of place to state that, we have a lot of people hooked on to taking soft drinks almost on a daily basis. Some of us from childhood have been exposed to different kinds of soft drinks and unfortunately, some have become addicted and are having an uphill task eliminating them from their diet. 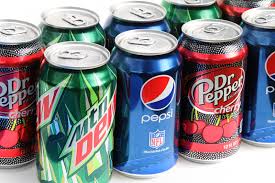 This addiction operates at different levels. It’s more than just a yearning: it’s an addiction that appeals to all senses can be exceedingly difficult for some people to break. The enticing and persistent advertisement of such carbonated drinks on all forms of media has not helped a bit. We are constantly bombarded with how refreshing taking a bottle or can of soft drink is.

This article looks critically at the harmful effects of excess intake of carbonated drinks.
A typical soft drink usually contains caffeine, phosphoric acid, citric acid, sugars and artificial flavours. All these have been shown to have deleterious effects on the body in the long term. So what are these health hazards?

1. It could increase your risk of diabetes.

Excess intake of soft drinks can lead to excess weight gain due to the large amount of calories being consumed at a go. The excess sugar being consumed puts pressure on the insulin producing organ, the pancreas, making it unable to keep up with the body’s need for insulin which contributes to the risk of developing diabetes. Being overweight and diabetic also puts the individual at further risk of cardiovascular and cerebrovascular disease.

2. It could increase your risk of bone disease

The high caffeine content of most soft drinks could lead to a reduction in the mineral density of bones leading to a pathology called osteoporosis. This is as a result of progressive loss of calcium which is an important mineral for bone formation. People who develop osteoporosis have very weak bones which can easily fracture from minor accidents or falls.

3. It could increase risk of dental problems.

Taking a lot of carbonated drinks can put your teeth at risk of decay. The high sugar content of these drinks provides a culture medium for the multiplication of bacteria. These bacteria produce acids that dissolve and erode the enamel of the teeth. The high acid content of the drinks also further increases the acidity in the oral cavity further damaging the tooth. Consequently, the teeth become weaker and more sensitive making it more prone to decay.

4. It can lead to gastrointestinal problems

Most of the soft drinks contain an array of chemical acids as additives, such as acetic, fumaric, and phosphoric acids. There is a delicate alkaline-acid balance in the stomach. Drinking excess of these sodas especially without eating can upset this balance. Consequently, the resultant effects could cause bloating, indigestion and possible erosions in the stomach.

5. It could increase risk of cancers

6. It could lead to premature aging

Do you want to start having grey hairs on your head at a young age? Studies have suggested that the high phosphorus content of these drinks have negative impact on the heart, kidney and muscles speeding up the aging process. You are likely to age faster if you continually indulge in fizzy drinks.

So readers, would you give up drinking carbonated drinks. What are your challenges? Is it feasible to abstain totally from them?
If you’ve got questions or contributions about this topic, feel free to ask by using the comment box below and don’t forget to share this article using any of the social networking icons below.