Traditional names continue to grow in popularity thanks to celebs such as Lily Allen and Bruce Willis – but more bizarre trends are on the rise too. Read on……

Every year, there is always some new baby names, those names breeze in and out as the year goes by. Sure, baby names go in and out of fashion but it seems the trend for traditional and old-fashioned names is here to stay. 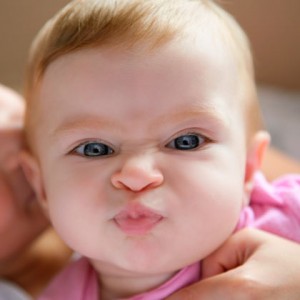 Thanks to celebrities opting for monikers more usually found in our grannies’ generation, the retro naming craze is growing, with two fifths of parents in the UK now picking names such as Stanley, Ethel and Mabel. [Read; Top baby names prediction for 2013]

According to research by Netmums, ‘extreme retro’ is the biggest trend for 2013, spurred on by celebrities including Lily Allen with her two daughters Ethel and Marnie, and Bruce Willis, who named his new little girl Mabel. But old school is by no means the only pattern we’re seeing. [Read; Parent named baby girl hashtag, inspired by twitter]

Matching first letters is now popular for siblings – no doubt thanks to the Kardashian klan and helped along by Kai and Klay Rooney. And we’ve also seen a rise in both animal and colour names – think Blue Ivy (Beyonce and Jay-Z), Buddy Bear (Jamie and Jools Oliver) and Bear Blu (Alicia Silverstone).

As we predicted early this year, seasonal names are on the rise with Autumn, Winter and and Summer riding high. And perhaps after the birth of North “Nori’ West, we’ll see the points of the compass rising in popularity as baby names. [Read; Most Unusual baby name of 2012]

One in 12 parents this year picked a name that included the colours Scarlett, Blue or Grey and one in 50 opted for Bear or Tiger.

But despite the increasing variety and normality of unusual names, parents still worry that they’re saddling their children with the new ‘Kevin or Sharon’. Celebrities remain the biggest influence on names with 53 per cent of parents basing their choice on stars’ names, with 19 per cent looking to TV shows and books.

Logan and Olivia were thought to be names for rebellious children, Oliver and Isla were names fit for future leaders and Finley and Esme are names that are most likely to make your child seem intelligent – according to Netmums parents. Harrisson and Freya were picked as top names for future sports stars.

The UK’s most unusual names for children were voted as Rimini, Zuanna, Stargazer and Orchid for girls and Reef, Clavier, Laarn, Ocean, Nirvane and Blue for boys. [Read; Official banned baby names by New Zealand]

But the poll also found that 12 per cent of parents regretted the baby name they picked so if you’re tempted to jump on a trend, make sure you’ll still be happy with it when the fashion’s passed. Source; Yahoo Lifestyle