Is it that parent are trying to be unique in naming their child? It is somewhat surprising seeing parenting giving their children the kind of name that one can easily dissociate him or herself from such person. Last time we reported it here that a woman gave her little daughter “Hashtag”, if you have not read it here before, you can click this link and read HASHTAG. In year 2011, a name his child “Facebook” and it goes viral, people were wondering why he should give his child such name and he replied everyone that care that, Facebook help them a lot during that year that led to unseating of the country president and the whole Arab benefited from Facebook social media because, it help them to spread the message to the world, what they are experiencing in the hand of their leader then. For hottest baby name see it here. 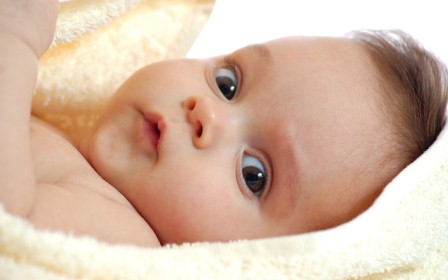 The most unusual baby names in 2012 according to Baby Center report, over a half a million parents share their most unusual baby name of choice. Juju, Hippo, Jedi, Popeye, Rogue……..will see the list latter as you read on. At the top of the parents list in their choice of names for children were influenced by uniqueness and being creative with names for their child. Some were as results of celebrities, fashion and rock stars.

These parents value originality and individuality above other attributes in a name. Their goal is to come up with a name that is truly unique. By definition, they don’t want to fit in. They want their children to be individuals who stand out from the crowd, Baby Center’s Global Editor in Chief Linda J. Murray said “While we’ve all cringed at a baby name here and there; the good news is that most children end up liking their names. Less than 10 percent of adults want to change their name.”
See below the list of the most unusual baby name in 2012
Boys Most Unusual Baby Names: Jedi, Legacy, Popeye, Rogue, Elite, Bond, Casanova, Cobain, Devid, Donathan, Villem, Xenon, Zaniel, Exodus, Savior, Espn, Burger, Ball, Cello, Drifter, Four, Google, Haven’T, Hippo, HToo, Pate.
Girls Most Unusual Baby Names: Juju, Hashtag, Couture, Fedora, Jagger, Joshitha, J’adore, Jazzy, Jeevika, Jury, Ace, Admire, Excel, Monalisa, Oasis, Queenie, Americus, California, Zealand, Inny, Yoga.
Hmmnnn! You go fear o, see name. can you give your child any of this name?
Can those parents see their children saying this statement? Put any of the names (Juju, Jedi, Hippo, Burger) in this sentence: “I _______, do solemnly swear that I will faithfully execute the office of President of the United States …”
OR YOU TRY THISJoin me in welcoming into the high table, the executive chairperson, his name is Burger Hippo!