Skip to content
This is something else I must say here, for parents give her baby name hashtag. I thought hashtag was just a twitter term for finding related keyword just like facebook that goes with Likes, but human baby has just be given hashtag, a name that remind the parents of some inspirational moment on twitter. Prediction for top baby name in 2013 published here 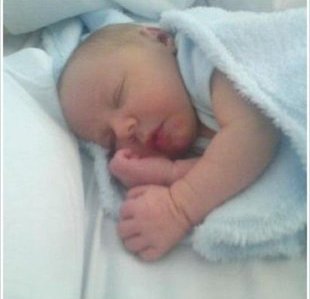 Although I’m not too surprice because lots of names have come and gone, these names are inspired by something memorable in their life but some of these names are not too good to be given to a new born baby. Some parent called it creativity inspired name but what do we called this one now, “hashtag” twitter inspired!
“Hashtag Jameson was born at 10 o’clock last nite,” the proud parent announced on Facebook Saturday night. “She weys 8 pounds and I love her so much!!!!!!”If the musician Prince could use a symbol as his name, why not a non-celebrity? Others tweeted slightly crueler hashtagsof their own: #Foolishparents, #YourParentsHateYou, #StupidestNameEver. Many, many commenters all over the internet wondered about the parents’ mental stability.
Despite the outrage over this most recent naming debacle, parents have always named their kids after things that are important to them, whether it’s a beloved relative, “The Hunger Games,” a hot celebrity, glittery vampires or, today, social media.
If you can remember back in February 2011, gave his first born Facebook, the name was inspired by the role facebook played during the Arab Awakening which led to the ousted of for Egyptian president. In Israel, Lior Adler and his wife, Vardit, named their little girl “Like” when she was born in May 2011 (the couple also named one of their older daughters Pie because they enjoy cooking, they said). Now that little Hashtag has arrived, all we need is a tiny Tumblr, an adorable “@,” and sweet little “YouTube” and the social media baby name trend will be properly established.
We are sure that the little baby-girl Hashtag will find a way round the name when she grows up and look for a better nick name that will make it suitable to call and remember. Still, she’s likely to face a few issues down the road that her social-media loving parents probably hadn’t thought about.
Hashtag Jamsonwelcome to the world, we just hope by the time you grow up, social media like twitte will still be functioning so that you can know the origin of your name.
0
0
0
0
0