Singles Are Ready To Mingle Using The Digital Cupid

People say ‘Love is in the air’ but why is it hard to find a partner to cherish that love. Walking on the lonely street with no one to hold hands, sipping a coffee alone in the café and lying on the beach and listening to the wave with no one to cuddle gives a worse feeling.

When there are millions of people out there, finding a person to have fun with should not be a difficult task, but in reality, it is quite difficult to hook up a partner. Thanks to the development of the dating app which makes it easy to find a partner who wishes to have either a casual relationship or a serious relationship. 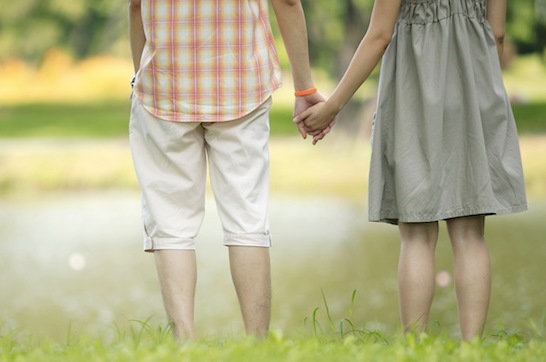 The dating apps are gearing up even in India for the past few years, all credits for the technological and networking growth, which shrinks the world and makes communication way to easy.

Now there are several matchmaking and dating apps available online which helps the younger generation to mingle with partners of their interest. There are dating apps available for those who are casual about sex and relationship like the Coffee Meets Bagel, Tinder, HowAboutWe, Badoo, okCupid, and Hinge.

There are certain Indian apps like Woo, Marrily and TrulyMadly which are meant exclusively for the single who wish to get into a serious relationship. Dating apps for the global Indian and South Asians are available. There are apps for those who have the same wavelength and those in tier 2 and 3 cities.

Millionaire and super rich people, people with disabilities, the teenagers have apps to find partners. There are apps available for those who are seeking partners for flirting and also the transgender, bisexuals, lesbians and gays can find their partners with the help of the exclusive apps available online.

India is the 5th largest markets in Asia to use Tinder, where there are fourteen million swipes are from the Indians between 19 to 25 years old. The teenagers join the dating app because of the fun and excitement they have in making friends with a complete stranger, some of them are lucky enough to find friends through this app.

A study shows that about sixty-seven percent of the singles know someone who has met online or has an online relationship and there are around thirty-three couples who have met online. This shows that there are many people interested in the online dating app and there is a steady growth in the number of investors investing in the app.

The young independent professionals are the main source for the dating app and with the decrease in the taint of judgment and varying demographics will keep driving new visitors to assess the dating app. Thus, there is no drop hole in the dating app business and has more chances of increasing its profit.

Business strategy of the app

The marketing strategy used in the dating app business is by offering perks. To attract more visitors and users, the dating apps provide their service for free for a specific period of months or provide the basic services for free and later include the service options or profiles or premiums.

To sustain the user experience some dating apps tie-up with restaurants, and they also offer gifts and conduct events. One of the Indian dating apps TrulyMadly helps in planning the better date for their users with a help of a program called the Datelicious.

Since the company has tie-ups with famous restaurants and cafes in the major cities, they can offer exclusive-curate coffee sessions or lunch or dinner. Another dating app Woo partner with Carl’s Jr restaurant is one of the chain restaurants of Californian burger in Delhi helps in creating a beautiful moment and encourages the new ones to enjoy their first meeting.

But many men think that the dating apps help in finding partners for physical pleasure and it leads to many horrific situations like commenting on the bodily attributes of women, sending sexual texts, abuse or insult when ignored and sometimes take to stalking.

In some cases after getting married, they find out that the men had created a fake profile in the app and cheated the girl and some cases, they promise to have a serious relationship and end up leaving the girl pregnant.

Taking into these incidents, TrulyMadly introduced a new feature called the ‘Trust score’ in which the profiles are verified using their ID proof, LinkedIn, and Facebook profile. Thus, the login process becomes incomplete if the user does not score 30. And in the screenshot feature is disabled in the Android feature.

Woo has a report abuse system, where the user is flagged if they are not fit to participate in the app. To maintain security, the women’s profile shows only the initials and not their full name.

They can also un-match a user profile if they feel that they are uncomfortable to continue their chat. The app allows the users to chat for a long period of time without exchanging their phone numbers or email IDs.

There are other famous dating apps available online like the Thrill is an app for the young professional which allows the women to be in control.

Vee is an app that does not focus on hooking up and it categorizes the users according to their education and profession. Wyldfire is a dating app in which it allows the men to join the app only if the women approve them.

With the help of the variety of dating apps, the young people in the country can enjoy dating to an affair to sex to marriage. And with the rising technology and change in the social behavior the dating app allows the youngsters to socialize guilt free.

With more people in are India accessing the dating app the dating app business is fast growing in the country and the companies are planning new techniques and deals to attract more visitors to the site while maintaining the security and credibility of the users.

When both the men and women hard high time in engaging in a casual or serious relationship these apps makes use of the mathematical algorithms and technologies to act as a cupid in making the lives of the users filled with romance, pleasure, affair, love and marriage.

Even though there are a lot of oppositions and hitches in the acceptance of the dating app culture, the young Indians are determined to fill their lives with the love portion provided by the cupid in making their lives more colorful and vibrant. As they say ‘All is fair in love and war’.

Anand Rajendran is CEO and Co-Founder of Zoplay , best PHP scripts development company located in India. Zoplay is a part of Casperon Technologies a leading social and mobile development company. I’m a Tech geek, Digital marketing expert, Entrepreneur, and Atheist who loves to write everything about PHP Scripts and mobile application development.