The Good and the Bad Part of Arrange Marriages

Arranged marriage is a form of marriage where the bride and the groom are not the initiator of the marriage. It is often done by a third party and this form of marriage is mostly found among the royal families, the aristocratic families around the word. In today’s world, arrange marriage is practice in countries like; South Asian, Africa, Middle East, South East Asian and East Asian to some extent. 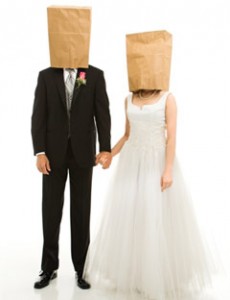 Arranged marriages are usually seen in Indian, Southeast Asian and African cultures, especially among royalty, and are usually set up by the parents or an older family member. The match could be selected by parents, a matchmaking agent, matrimonial site, or a trusted third party. In many communities, priests or religious leaders as well as relatives or family friends play a major role in matchmaking

This practice is believed to have originated from the beginning of the world in many related stories from the bible, but in this age, people look at it as not too good marriage kind of arrangement where you’re not the one making the choice of your life partner for yourself.

Could there be so many benefits, to the families of bride and groom to allow such tradition to stand even to the present age? What about the young man and woman going into the marriage? Could there be any negative or positive effect on such arrange marriages for them? Maybe the points below can be an eye opener for them to think of how their life can be lived.

Check out the good and the bad part of arrange marriages as highlighted below;

The Good Part of Arrange Marriages

1. Arrange marriages always have support from family members even to the extended families level, all hand must be on deck to ensure that the marriage do not suffer or lack anything

2. In cases of arrange marriages, the divorce rate is low because, the society that bring about arrange marriages frown at divorce, if you divorce especially as a woman, life might be made miserable for you. You will want to remain there in the marriage and if luck shine on you, things might be settled as you grow old together.

3. If arrange marriages fail, the couple always has where to shift the blame, the accusing finger will be pointing to the family that arrange the marriage rather than the couple themselves.

4. Arrange marriages guarantee you are going to marry with no stress of courtship, dating, and relationship and testing for compatibility which will take months and even years before you settle down.

5. For another thing, when marriages are arranged, great effort is made to pair up couples with similar social standing and financial status, so these couples may have fewer reasons to argue than romantically paired couples.

The Bad Part of Arrange Marriages

1. The marriage decision is never of the couple, it is the families that take decision of their coming together, in many cases the couple rarely known each other before their marriage.

2. In arrange marriage, you will have to satisfy parent interest rather than satisfying your own interest. That place you with some restriction about how your life can be live especially in the early years of your marriage.

4. There will always be family interference from both families in your marriage and that will not give you room to think well of what you can do to make your marriage blissful. Every good thing you may want to think of will be affected by the families’ decision. The thought of them coming into your marriage affair is a discouragement for your future thinking.

It is clear now that arrange marriages has its pros as well as the cons, and the country where arrange marriages are being practice are surely aware of these facts mention above but they still go ahead and practice it according to their culture.

One of the strongest reasons for arranged marriages is finding a partner who is compatible ethnically, religiously, socially and culturally; in fact, this reason is the primary reason arranged marriages occur in some immigrant communities in Western countries. In ethnic or religious communities where assimilation is frowned upon, such as Greek expatriates or Orthodox Jews, arranged marriages are looked upon as a way to perpetuate the faith or culture.

What is your say about arrange marriages, we will love to hear from your own point of view. please make use of the comment form below and let us hear your perceptions.

7 thoughts on “Arrange Marriages; The Good and the Bad Aspect”