The Reasons Why Women Reject Men

What most guys believe to be rejection is not actually rejection, it is the fear of that rejection make them call it rejection and for the sake of this post, I want to define what a woman rejection is.

If a woman listen to you when you stop her to tell her how much you love or you want to be her special friend and she doesn’t say anything but just move away – that’s is not rejection. 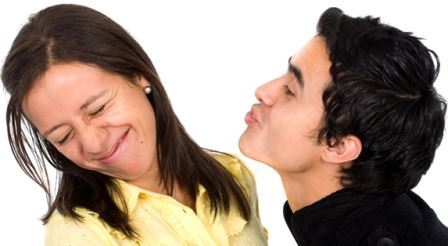 If you approach a woman and after hearing what you want to say and she said, no I’m not interested – that’s not rejection.

If a woman told you, she is having a boyfriend even if she’s not having one and move on – that’s not rejection.

So then, what is rejection from woman?

Rejection from woman is when you speak to her and she yell at you, “go away from me, who do you think you are, that I should date you” “how can I date unattractive man like you, you have no chance with me you loser” “hey! Hold it there, the very thought of being your girlfriend make me sick to my stomach”. [Read; How to tell a girl you’re in love with her without being rejected ]

Perhaps, a woman just slap you as you mention dating her and she said “I don’t expect such words from dump ass like you, go find your type, I’m never your type, you fool”

As you can see all of the definition of what actually a rejection is above, and the funny thing about all of them is that, it rarely happened. But why do men fear rejection so much?

In all the women I have ever approached, I have not heard any of such words but I know they exist because I have seen it happening to guys. The closest I got was, she made joke out of my pickup lines and laugh it off.

So why do women reject men? These three reasons will tell you why

1. If you don’t pay attention to her and do some really stupid things; following her around all through the night with constant starring at her with a sweating palm and told her you remind me of my sister; putting your arm around her and say hey, you’re looking hot tonight. You will end up being rejected if you get yourself involve in all of the aforementioned stupid things above. [Read; Right ways to handle rejection from women]

2. If you don’t back off when you’re supposed to do so, you will get rejection. For instance, let say you walk into a place and meet two woman discussing and you excuse one of them and to tell her your stuff, and maybe you offer to buy her a drink and she told you, she’s not interested, she’s busy not with her friend. And you continue to pester her to just have a drink with you after she told you she’s not interested in your drink offer, and then you now turn to her friend and still offer her the same thing.

If you ever do anything like this, you know what? Your ass supposed to be whipped 50 times and pour drink on your head because; you’ve just demonstrated how dumb ass guys behave.

3. If you use your body language to make a woman nervous in your front, like dashing your eyes around and even looking at other women passing by and your eyes isn’t meeting her’s. Presenting weak body posture with your unbutton shirt with one flap tucked in and the other flying out, your chances of being rejected is very much likely. In fact, you’ll get rejection from women.

It is important you do away with this annoying stupid dumb ass behaviour if you don’t want to be rejection by women. No woman will ever take this from you except the hit and run kind of women, who just want to see what they can obtain from you and continue with own ways of live.

1 thought on “The Reasons Why Women Reject Men”