No one really loved to be rejected if given as an option. Rejection sucks for both men and woman but we can’t just do without it. Of course in life, we get rejected on several areas of life; from home when we want certain thing and parent refuse to give us, in school when we will be ask to do some class work repeatedly, and also at work place when we ask for permission to be absented from work. So rejection shouldn’t be a bid deal in life since we encounter it in all area of like. 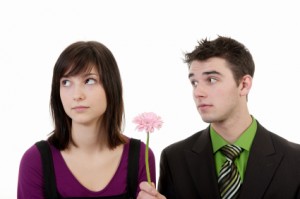 But when it is about approaching women, it is a big deal except when you’ve been able to master it. Learning the right ways to handle rejection from women will enable you to approach more women as some get you rejected. It may not be easy at first but putting more effort to it will see you successful with it.

You don’t get rejected when you don’t approach woman right! But how will you get into relationship with a lady and possibly married her? I just think in my own opinion those guys who fear to face rejection are just silly; they are rejecting themselves in other not to be rejected by women. Is that not silly? Not until they get off their butt, face their fear before they come to understand it that approaching women and getting rejected is nothing but an opportunity to enhance their ways of approaching any woman with skill developed.

Absolutely, the more rejection you get the better you become and before you know, if any woman reject you, you just take it as normal thing because you aren’t affected. You not being affected are even what most women to see in any man. [Read; Don’t get stuck in friend zone if you want relationship]

I have seen it many times with friends, when they are not upset by the rejection of the women they approached, those women turn back to like their courage and unruffled manners at which they handle rejection. And that was how they got these women into relationship.

So, the right ways to handle rejection from women is to go out there and approach many woman as possible, you will even do better when you approach women that you’re not emotionally attached to, look for those hot woman that you need know that you don’t get a chance. Let them reject you but don’t stop; it will get to a stage where you will feel absolutely nothing when any woman reject your advances. Chances are that the woman that will finally be yours will first reject you and by you being resolute will make her see you as man who can truly be called the man in the house.

I have one friend, who in the past could not handle his relationship well with a lady he consider to be the best lady he has ever met. They broke up and it really hurt him really bad, he knows that the fault is from him because he lost that bull confident and became scare of being rejected by the lady and allowed her to rule his life. But the lady too doesn’t want it that way, so they had to go separate way. But the lady said something to him that turn his life around, she said “I hate this kind of relationship, what I want is a man not a son” she felt more like a mother than a lover. [Read; Handling disappointment on a date or in relationship]

The assignment or exercise I’m going to give you now is to go out this week and approach nothing less than 20 different women, do this approach to catch fun being rejected. What this little trick will do for you is that, it will improve your presence with any kind of woman, it will help you to be grounded and teach you the right way to handle rejection from women with elegance & grace and you will be surprised how they will in turn find you attractive.