After exposing the fact that gluten-free diet is just hype, I decided to take on salty food. At least while the gods on still on my side, why not look at the myths, facts or outright lies concerning the benefits of unsalted foods. You must have come across  at least one person extolling the health benefits of unsalted foods like a petty tyrant with all the answers to life’s problems. How about the ‘tongue-on’ experience of actually eating a meal cooked without salt? Did you like it? Or you hated it and made your host (or hostess) aware of that fact? And did you listen with gritted teeth as they explain to you why salt is bad for you health? 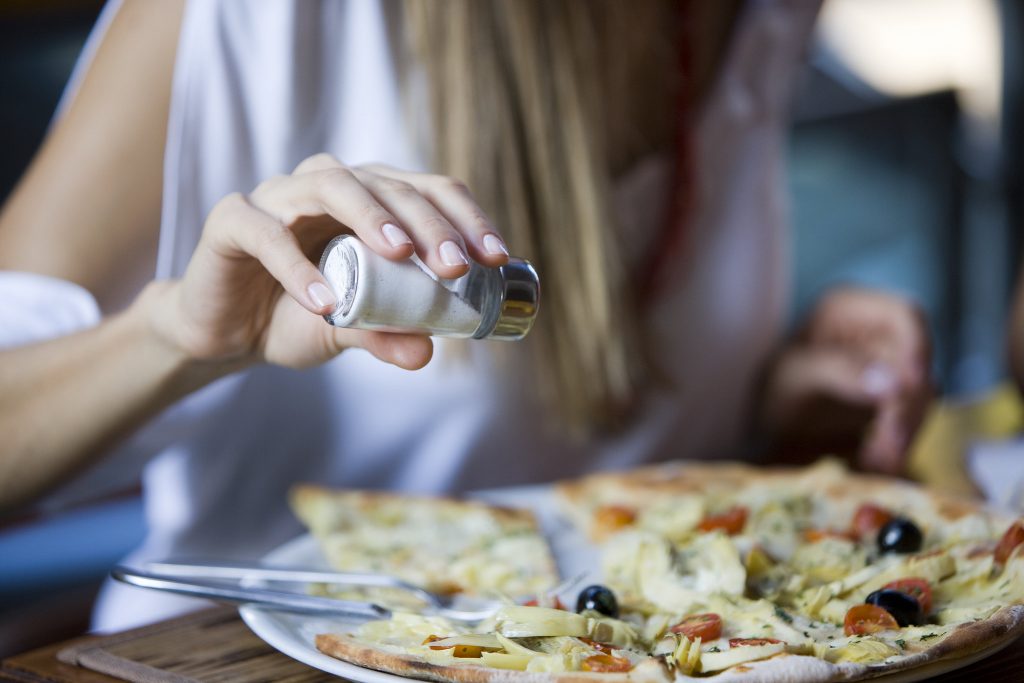 Like me, you must have felt like wringing somebody’s neck in situations like that. The frustration is even more if the meal in question was your favorite vegetable soup made the way people from Cross River and Akwa Ibom States prepare it. The urge to choke the misguided cook just increased geometrically. Okay, by now you guess my position on salty food. But I am a reasonable guy, so I’m always open to being set right. This piece, hopefully, is a balanced article on the use of salt in cooking our meals.

OK, lets get something out of the way first. Salty food for the purpose of this article is food that had salt added to it as seasoning. We are not referring to ‘too much salt’ here.

The common salt as we know it is primarily made of sodium and chloride in a 50-50 mix. Other chemicals might be present too. Especially in cooking salt where iodine may be added in trace amounts as it is good for the body in the prevention of goiter.

Salt got its bad reputation about 50 years ago when it was linked with high blood pressure. The main culprit is the sodium in salt. And it all has to do with the osmotic pressure between the blood in our veins and cells in the body. The reasoning, which is solid science by the way, goes like this: when we ingest salt, the sodium gets absorbed into our blood stream creating an osmotic pressure. The result is that the elevated levels of sodium in the blood draws water from the surrounding cells. It keeps on absorbing water until a water balance is reached.

Meanwhile, the rising level of water in the blood increases the pressure in the veins and arteries. It is this increased pressure that is referred to as blood pressure. And the sodium particles also act like an irritant inside the arteries making them to contract, dramatically increasing the pressure on the arteries. But you need to take that with a pinch of salt. Other substances like sugar in the veins can initiate the same sort of reaction. So you wonder why salt is the main culprit here.

Fact is, the science of how salt really affects the body, whether for good or for bad is still under scrutiny.

A popular myth is that once you eliminate cooking salt from your meal, your body is now free from it. The fact is almost all the processed foods we eat including tinned foods contain varying amounts of salt. For instance, if you love canned sardines like I do, then you’ve been eating a lot of salt. In fact, a high percentage of our salt intake comes from processed foods. Other myths vs facts include 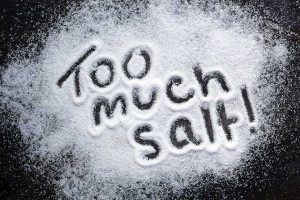 Salt in itself is a naturally occurring substance. So it is entirely possible to consume too much salt without adding salt to the food we eat. It depends on the ingredients and quantity of course. As far as Salty food is concerned, the rule here is, just like in everything we do, moderation is the key. Too much of everything is bad.