Cheating In Relationship, Men Or Women Who Cheat The Most? 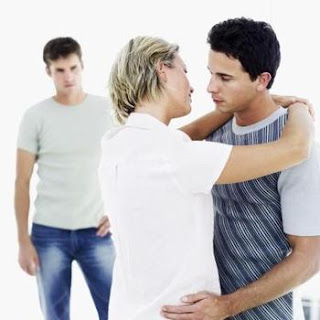 As for me, I still think that men cheat more than women based on the fact that I’m a man and it is easier for me to observe men closely and even talk about it with men than women but I may be wrong because from a very keen observations, women are just better off at lying and covering up their own acts and because of these they are a lot less likely to be caught. And the funny thing is that unlike men who do feel guilty that they have a loving wife at home, women hardly ever feel guilty about commit-ting themselves to someone else unless the chances of their being caught have reared their heads.

Women who indulge in indiscriminate s*x are generally seen as promiscuous. Some men just like treading on dangerous ground. They like the hide and seek that cheating entails. It excites them. Some women have such tendencies, but how many? Many men said you cannot continue eating same food everyday, so they say that love and s*x are not the same. According to a report in allafrica.com, someone said that men tend to separate love from s*x in their brains. Some men claim that they still love their partners, and all they go out to get is s*x, not love. Ever seen a woman propounding such a theory?
The bottom line is this; cheating is the result of a decision which one has enough time to make, and a man is truly strong and responsible when he can stick to one woman so also is the woman. The final decision to cheat is entirely under the individual’s control, and no one should blame his/her fall on anyone but himself or herself.
What about you? Your contribution to this issues may actually open up some hidden secret about cheating in relationship; why not go ahead with the comment form below to make your contribution. Remember without you here reading this article I may not have that strength to continue writing on interesting article like this. Go ahead and let your voices be heard. Love and Peace!
0
0
0
0
0