One of the joys of marriage is having kids and raising kids in marriage is a lot to handle if you know what I mean. The truth is that no one can be taught how to raise kids but by experience, you should have an idea on what it takes to raise one. Some questions to ask are:

Is there a right or wrong way to raise a child?

In marriage, whose responsibility is it to raise children?

There’s no hard or fast rule about raising kids in marriage and you cannot know it all but I believe the tips in this write up should aid you. 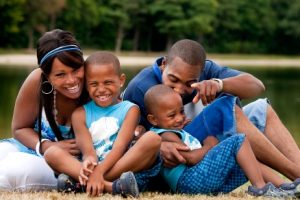 I remember when I had my first child, it was so overwhelming. Having kids is a wonderful experience I tell you although sometimes it could be really stressful if you have no one assisting you. A friend once told me to enjoy the process. Just like life comes in stages so also kids grow and develop from one stage to the next.

Take it one step at a time:

No one can explicitly tell you a method of raising kids so my advice is to take it one step at a time. Raise up your kids with discipline and love but let there be a balance of both. It’s very easy to get frustrated at times because of the actions of your kids so take it slow. Know that you’ll say one thing over and over agin to your kid and guess what? They’ll do the same thing again. So how often do you think you”ll get angry? All the time.

Sometimes it might seem like your kid isn’t learning fast or listening to what you’re saying but that is not true. All it takes is a little bit more time so they gradually get it. If you disturb yourself unnecessarily just because your child isn’t co-operating with you, you’ll only give yourself a headache. I remember I was once disturbed because my child didn’t like eating but one thing I realised over time was that as she grew up, she began eating and even asking for food. I was shocked and I concluded that I would have just relaxed. I know as a parent, you must be bothered but just relax. 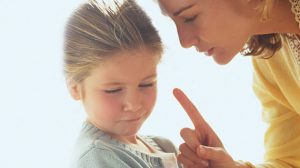 I know you love your kids but do you know that disciplining them when they do wrong is also an act of love? You can’t say you love your child and not discipline them if they act wrongly. It doesn’t make you a bad parent but rather helps the child know right from wrong.  In this way, they would imbibe good character and behaviour even when they are outside the home.

Send them on errands:

Children should not only be allowed to play and have fun. While you are home with them, engage them in menial house chores. Do you know that if you send a child who is less than 2years on an errand, the child will go? This is because kids easily learn and when you speak to them, they listen. You are only training them not to be lazy. 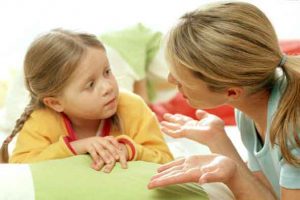 There are times you may need to shout on them in order to correct them but often times, talk to them. Sit with them and have a chat with them while correcting them in the process. They will listen. But beating up a child without verbal exchange isn’t good enough. When you flog, talk to them in love.

Raising kids in marriage should be a joint effort. Both the man and woman have the responsibility of ensuring that their children are raised properly because this goes a long way in determining what the child would become in the future.

With love, patience and discipline, I believe you should be able to raise up your kids the way they should.