If you watched last year’s ‘Fifty Shades of Grey’ box office hit, you’d understand a bit about what or who a narcissistic man is. I did not watch the movie. I mean, what’s the point after I read the ‘Fifty Shades’ trilogy. A single movie would just be a poor a attempt to paint the novel for me. A mini TV series would have better represented the subtle war between the sexes. And I don’t see how series like that wouldn’t out rightly bag all the top awards at the Emmys. 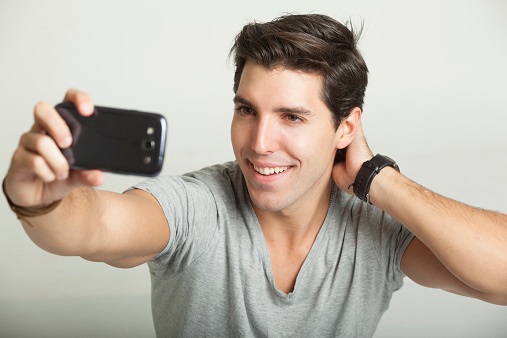 Fifty Shades of Grey, in a simple way, depicted how the distance from being just a self-indulgent narcissist to a pathological brute could be very short. Mostly it is simply a case of Jekyll and Hyde. Two personalities in one body. One used to lure victims. The other used to get a sick form of sexual gratification. In extreme cases, it involves violence to the women, as in the movie, or death.

The narcissistic man always tend to hide behind the slick veneer of a very rich, successful man. The alpha male. The leader of the pack. But beneath all that is an ego scared of being found out. Or afraid he might not be good enough. So he constantly pushes himself to prove otherwise no minding whose ox is gored. Therein lies the problem for most ladies. There is a certain kind of attraction and fascination for a self-driven man. Being highly motivated is an admirable quality. But how do you separate a sick narcissist from an everyday dude who is just confident and does all the right things to be successful?

The best way is to look out for signs he is a narcissistic man. Narcissism is normally out there in the open for all to see. Because the narcissist demands that. He doesn’t hide. If your man betrays these traits or a combination of  these habits, then you have a Christian Grey lurking and just waiting to make you his Ana Steele.

Narcissistic man can be Charming

A narcissistic man can be very charming and nice to be with. That is, when you are the object of their interests. They would do anything to make you feel special and unique. On the other hand, they can drop you without a second thought once you no longer serve their interest. It is at this point you begin to see the sociopath behind that charming exterior.

It is typical of a narcissist to always belief they are bigger than what they actually are. They believe nothing works without them. Every victory or success is because of their involvement. And every failure is because you refuse to do things their way. Or your lack of faith in their abilities caused the mishap in the first place. Simply put, a narcissist would believe you cannot survive without him.

If your man expects you to always put him first, then you just might have a huge problem to deal with later. A narcissistic man expects you to believe the world revolves around them. Everything good should and must happen to them. And ill luck or failure is because their enemies are out to get them. Nothing bad happens because of their inability to man up.

Any Conversation Must be about ‘Me’

At first you might find it rather endearing to just sit back and listen as they regale you with gist about themselves. With time, you come to realize they hardly have any interest in you or your life. They talk and talk and talk about how everything in the world links back to them. They have an opinion on everything. And if you managed to put in a word, they dismiss your opinion out rightly if it does no validate what they’ve been saying. Worst still, they have a nasty habit of interrupting you especially if what you are saying is not about them.

If they think they can get away with anything, they’d do it. Sometimes, they do brazen things just to see if they can get away with them. For example, they don’t like queues; they enjoy breaking traffic rules and driving recklessly; they break appointments casually no matter how important; in the office, stealing equipment and supplies is normal fare to them.

Because they are budding sociopaths underneath, that desire to act out their true nature can manifest in the way they treat others. They have little or no respect for the feelings or thoughts of others; their possessions and where they live. These are the sort of guys who would deliberately annoy and hurt you. Then they become surprised and annoyed you have the audacity to show you’ve being hurt by them.

It is at this point, to be politically correct, that I think it is necessary to let you know that as a man, you could also be a victim of a female narcissist. If you want to know if you girlfriend is a narcissist, go back and read again. And this time imagine those traits in a lady.

Living with a narcissist, whether male or female, is really stressful. And each experience is unique and personal. How people deal with the problem depends on each personality. Do tell us your feelings about narcissistic individuals if you have any.