This year’s Emmy awards were full of surprises – including Breaking Bad’s Bryan Cranston losing out on the best actor award. Here are four shock winners

When the Emmy nominations were announced back in July, viewers might have expected a carbon copy of the 2012 ceremony. But despite shoo-ins Claire Danes, Julia Louis-Dreyfus and Modern Family adding yet more statues to their shelves, the biggest surprise of the evening was that it was actually full of surprises. 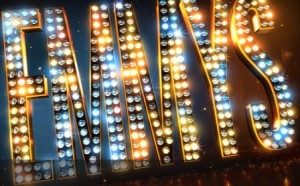 Breaking Bad finally got the credit it deserved. Downton Abbey left empty-handed. House of Cards, despite its many nominations, only walked away with one award, for David Fincher’s direction. The Hour, cancelled by the BBC, earned Abi Morgan a writing gong. As host Neil Patrick Harris quipped at one point: “This just in: no one in America is winning their office pool!” Here are the biggest upsets of the night.

Critics may not be fond of Aaron Sorkin’s bombastic news drama, but Jeff Daniels bagged the prize for his performance as pompous Will McAvoy. “Well, crap,” went his acceptance speech. Quite: he beat Kevin Spacey, Don Draper and Heisenberg himself. I’d be looking out for ricin-flavoured cigarettes if I were him.

Some Nurse Jackie viewers might be surprised that it is considered more comedy than drama, but Wever provides remarkable comic relief as Zoey Barkow and deserves an award for her services to animal scrubs alone. She broke Modern Family’s winning streak, beating Julie Bowen, and gave the most concise acceptance speech of all time: “Thanks so much. Thank you so much. Um. I gotta go, bye.”

Linney won a Golden Globe in 2011 for her performance in Showtime’s quietly solid drama, so her win isn’t a huge shock. It is surprising, however, that she took it away over Elisabeth Moss – nominated in this category for Top of the Lake, and elsewhere for Mad Men – and Jessica Lange, who was outstanding as American Horror Story’s sadistic yet musical alcoholic nun.

Bobby Cannavale got his first Emmy in 2005 for playing Will’s cop boyfriend in Will & Grace; he seemed genuinely surprised to be up there again this time, beating Breaking Bad’s Aaron Paul, Game of Thrones’ Peter Dinklage and Homeland’s Mandy Patinkin to the prize. The Guardian

So, what did you make of this year’s winners? Did the right people get the right gongs? Let us know your thoughts below.