All over the world, marriages are conducted regularly and these marriages fall into various categories. In our dear country Nigeria, there are two major types of weddings that are conducted or carried out. We all know the common names by which these weddings go by but according to the law, do you know what they are called? We are aware of the traditional wedding, court wedding and white wedding. For the purpose of this article, we shall explain what they are and also reveal what the law calls them.

In this part of the world, wedding ceremonies are held in high regard and celebrated with so much importance and preparation. It is therefore necessary to understand the proper names they are called. 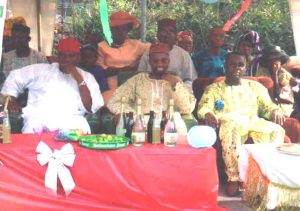 Payment of the bride price: According to the law, payment of bride price is very important and a traditional marriage is not complete without it. The bride price is normally in forms of money, clothes, jewellery, food stuff, etc. All these things are finally presented at the traditional ceremony. At times, the list presented may be too much for the groom’s family to accommodate and so there’s always negotiation between both families and an agreement reached before other formalities are carried out. 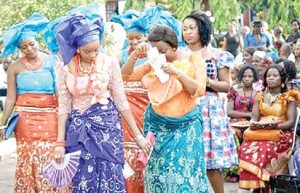 This is the day according to law that the couple are joined together traditionally. It is normally attended by a larger crowd comprising of friends, family and well wishers. Here, cultural rites are carried out which vary from culture to culture. Once the bride price is paid, the couple are now married while other merriment goes on. Most traditional marriages are organized in a grand way since it is very important in the society. 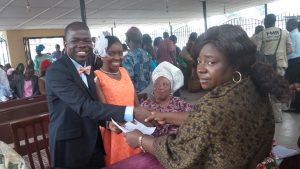 This is one of the marriages recognized in Nigeria and this marriage is also known as the court wedding as we all know and it is normally conducted in the marriage registry. As long as you have a few witnesses, your court marriage is settled. As the traditional marriage, some people just do court wedding along with the traditional marriage and they are okay with it. They may not even do the church wedding since they will still receive their marriage certificate during the court wedding.

Another marriage recognized in Nigeria is the church wedding. It is conducted in any religious setting and attended by a lot of people. I would say it is also recognized by law since the couple have the opportunity of signing their marriage certificate which is provided by the court and witnessed by people.

These marriages recognized in Nigeria are accepted by law and practiced regularly.