Male and female has three differences in their primary needs and this is explored in the major differences between man and woman in the way they think, act, and responds so that they better meet one another’s needs and work cooperatively for a successful love and relationship life. The three primary needs of male are: Respect, Recreational Companionship, and Sex. While that of the female counterparts are; Love, Conversational, and Affection. 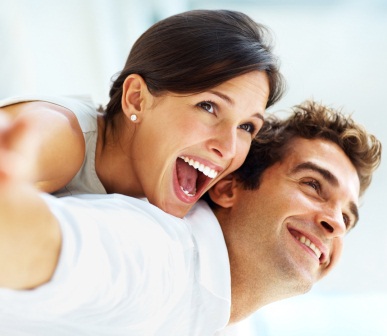 Let see why these three are considered as the primary needs of man & woman for a successful love and relationship life.

A man doesn’t just deserve respect, he needs to be respected, it is part of his nature as leader, protector and provider. The need for respect is at the core of his self esteem, and it affects every area of his life. Women (wife) will have to meet her husband’s need for admiration and respect by understanding his value and achievements. She needs to remind him of his capabilities and help him to maintain his self-confidence.

A single man needs respect as much as a married man does. He needs sisterly affirmation of female ladies friends and relatives.

To love mean to cherish and care for. Because female was created for the purpose of receiving love, a woman doesn’t just desire love, she truly requires it. As much as a man needs to know that he is respected, a woman needs to feel that she is love. A woman wants to feel that she is important and special to her husband.  When a man spends time with a woman, it makes her feel cherished and care for because she knows she comes first in his life. If a woman is single, receiving love is still her greatest need. Male friends and relatives can meet her need by showing brotherly love through acts of kindness, companionship, and assistance during life difficulties.

Nothing blesses a man more than when a woman is involved in his favourite recreation. If a wife participate in what her husband enjoys doing, may be something like playing table tennis, visiting historical landmarks, playing an instruments or designing a computer programmes as an examples, and the woman let the man tells her all about them, she will strengthen her relationship with him.

When a couple shares important aspect of their lives with one another, they build understanding, companionship, and intimacy in their love and relationship life.

Because males have a leadership mindset, sometimes their conversations with the female counterparts amount to instructions rather than a give-and-take dialogue. A woman desires to have a man talk with her and not talk on her.

Man can fulfil a woman’s need for intimate conversation by continually making a point to communicate with her. To truly meet females’ need, man should talk with her at the feeling level and not just the knowledge and information level. Male needs to share his interests and a female needs conversation, these related needs can be a wonderful bridge of communication between men and women.

Man is almost always ready sexually, a man’s needs for sex is one of the strongest needs imaginable, it is an aspect of his makeup that gives him great fulfilment. Therefore, it is important for a woman to be sensitive to her husband’s need for sex.

While one of the male’s primary needs is sex, one of the female’s primary needs is affection. If these two interrelated needs are not lovingly understood and balance, they can cause some of the worst conflicts in a (marriage) love and relationship in life of humanity. The female natural focus is on the sensory, intuitive, and emotional realms of life, and that is why she has a corresponding need for affection. She needs an atmosphere of affection in order to feel love and fulfilled.

Men and women need to understand that affection create the environment for sexual union in marriage, while sex is the event. Most men don’t realize this, so they immediately go after the event. They don’t know what it means to create an environment of affection. Instead, they focus only on their own needs. Affection is the environment in which to grow a wonderful relationship. Giving affection to a woman means appealing to that which makes her an emotional being. Sometimes women just want men to sit with her, hold her hand, and talk with her