I Love You; Signs That Shows Your Guy Really Mean

The 3-letter words “I Love You” happened to be one of the most used words especially from male to female and in some cases, the words are actually shouldn’t be taken too serious without knowing some of the signs that show that he mean what he’s talking about.

The utmost purpose of guy running after a girl is to get her fall for him and he can do almost anything to achieve this aim. One of the tools in achieving such aim is telling a woman the words I Love You. This can be said maybe as a result of infatuation, or he really loves you or he’s just trying to get into your pant. 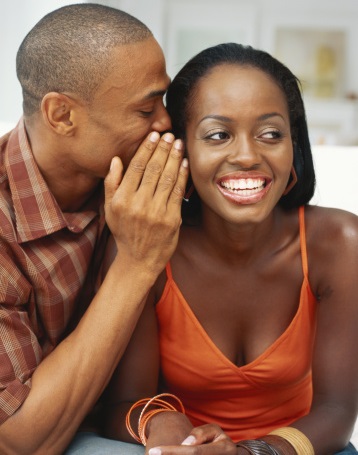 As a lady you need to learn how to read between lines and try to look for some of these signs if your guy really means it that he love you. The truth is, there’s no easy or clear ways to genuinely know if your guy really means it, but there’re cues that suggest he actually mean it and you can spot it if it’s false when he does that with his sexual desire in mind. One very good example here is, if a guy tells you he loves and trying to slip his hand into your short, it shows his intention to get into your pant and such move is a clear sign he does not really mean the words I Love You.

Of course, guys understand that girls love to hear the words I love you because, to them, it is what they want to hear from their guys to make them feel intriguing. A guy can tell you he love you so as to get into your pant because, sex is just sex to him but for a girl, it’s an emotional thing, then a guy will want to try and mix sexual pleasure with emotional attachment in other to get into her panty, which shows that he never really mean the I Love You.

If your guy really mean it, he will say he loves you first when you least expect it. When he does this without expecting sex in return or says it when he’s not under any kind of pressure like when you’re the first to say you love him or you asking him question like do you love me?

If your guy looks into your eyes tenderly and with love and says he loves you, he does possibly mean it. The eyes are always used to pass important messages, and eyes don’t deceive if you know how to decode it with his body countenance. His eyes will always reveal his true feeling for you that he means the love he professes.

Watch out if he holds your hand gently and stroke them while saying he loves you, this is a sign that he loves you but he maybe a shy kind of person and his irresistible emotion will force him to pour out his heart saying he loves you. [Also read; How to say I love you without saying a word]

If in your discussion with him, he talks about something serious about your relationship and the future, and in that talk, he says I love you, he really mean it, because he’s already thinking of you and how the future will look like for both of you being together as couple.

With these few signs, you can always spot it if a guy really means what he says with the words I Love You. You may not just use one of these signs to really know his true feeling but the combination of two or three of them will make the sign clearer and you can now be sure he does not just want to get into your panty.

Do you know of any other signs that reveal a guy’s true intention when he says I love you? I’ll love to hear from you if you know of other signs and your thought about the signs mentioned above that shows your guy really mean it when he says I Love You. Don’t forget to share this post using any of the social networking icons and make your contribution through the comment box below.