As a woman, you will be approached by many guys, though some guys are rude in the way at which they approach ladies but there are still lots of great guys who will come to you with good intention and their manner of approach worth commending.

But then, you’re not ready for anyone of them coming to you for possible date or maybe you’ve hooked up with one great guy which is the only one you’ve promised yourself to be faithful with. 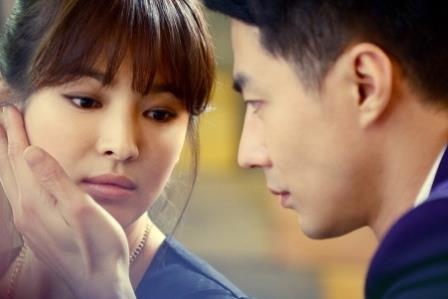 You’ll often time feel irritated with guys coming to you for possible dating especially guys that are not in your class according to your own type of guys you could date if at all you’ve not been hooked by the special guy.

Learning to say no to a guy for possible dating in the nicest way possible and less painful to them is just the right stuff to do in other not to hurt their ego especially the good guys.

It is not easy for some guys considering you as a potential suitor and then approaches you, only for you to turn them down for your own good reasons, but then, the way you turn such guys down matter a lot.

I have gotten some tips for you to help you say no to guys in the nicest and less painful ways that both of you won’t feel some kind of guilty feelings after the ‘no way’ for possible dating between you both.

Stay honest in your first response

Let face it here, politely declining someone approaching you is sometimes difficult but the fact remain, you’ve got to be sincere with your responses. Don’t lie about having someone in your life when you don’t have one. Don’t try to say something or fit yourself into things you know aren’t true.

You have the absolute right to say no to anyone who you consider no way near the kind of guys you’ll want for possible date, which also mean, never say yes because you’re feeling guilty of the situation. No matter how hard the situation may be, being turned down right off the bat may be a tougher pill to swallow but it is better to say no to him than wasting his time when you know fully well that he has no chance with you at all.

Compliment and commend him

Commend his courage and compliment him about specific things why he’s a great guy, this will boost his ego and let him know right away that you’re not available by declining him politely and again say positive things about his interaction with you.

For instance, say something like; “I really like the way you approach me, you even make it fun and I really have much fun with our conversation but it is just that, I don’t possibly see a romantic future for both of us. You’re a great guy I must confess and I know, many woman will love what you’ve got”

Turning down guys like this won’t put much pressure on them and for the great guys, they’ll feel much appreciation in the manner at which you say no to their request and you can even be good friend in the future.

Don’t make fun of him or trying to bigmouth him

Sometimes you may be tempted to make fun of him or trying to bigmouth him, you must restrain yourself from doing this. No matter how imperfect you consider his approach, it is not for you to screenshot or records his conversation with you and then plays it or forwards it to your other peeps.

Every guy is bound to be in this position at some point and it is not something great to further complicate their ineffectiveness when they do approach you.

It is much better to turn his request down in a nicest, less painful way possible than to badmouth your would-be-date. Say no with respect and not to turn his courage into joke that you spread around.

I understand that some guys are dumb-ass that deserves no attention at all, but if you don’t care to listen to guys, thinking that all of them are the same, you might miss the best guy, the best lover and your possible best companion. [Also Read; 3 Ways to know if a man is going to marry you]

Do it the right thing and you’ll be commended in the manner at which you say no in the nicest and less painful ways.

Got any questions or recommendation?

Please feel free to use the comment box below for your questions, contributions and suggestions, don’t also forget to share this article using any of the social media icons below.