Behavior is not innate, its learned is an initial tenet of sociological studies as supported by a wide array of evidence substantiated by research.

The development of your child’s behavior whether it is towards his/her studies, home, surroundings or friends is dependent on what he/she acquires from initial points of references which in case of the child are parents.

Parents are immensely important when it comes to developing behavioral tendencies in the child as what you teach the child by your word or by your actions will be so hardly ingrained in the child that it will be with him/her for the rest of his/her life. 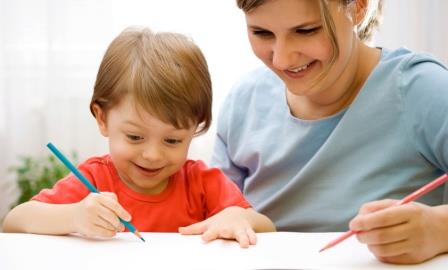 Once a certain type of a behavior is molded in the child initially, it would be immensely difficult to change it once he passes his/her adolescence and passes on into teenage or beyond so the value of making that behavior great lies upon the parent.

When it comes to molding behavior, the biggest cues the child takes is from the tenets of the relationship he/she shares with his/her parents as this is the first serious relationship of any kind and has an immense impact on the child’s development in to a high performing child which also possesses a high amount of self-esteem.

When it comes to children, they are extremely sensitive to everything directed at them, whether it be praise or scorn so being wise as an adult you have to understand that the self-esteem of a child is very fragile and will travel in any direction exponentially.

Work towards building your child’s positive self-esteem and in turn instill confidence in them when they achieve anything by offering praise and genuine interest, even though how inconsequential the achievement may be.

Praising your child’s effort will make him/her extend its effort far more the next time they indulge in any activity which in turn will help them achieve more than other children. Another important thing to keep in mind would to never isolate your child due to any bad result by expressing your displeasure as this will diminish his/her efforts and erode confidence simultaneously.

Instead it would be something great if you could help your child deal with any failure by providing moral support and guidance by being there with him/her till he/she gets over it because the next time he/she would not be afraid of failure and make it a point to put in just a little bit of extra effort just to make it up to you for the last failure.

This behavior on your part will ensure that your child keeps developing in a proper manner and does not start ingraining and resentment towards you or any other activity.

Children although may all look the same but they all are entirely different and each one has his/her own set of needs, wants, desires and inclinations. Do your best to find them out as it will make you better equipped to understand who your child is and what things he/she does not like.

To do this you would first need to empathize with your child and learn to talk to him/her frequently as this will open up a lot of opportunities to gain insight on things that could be harmful for the child like forcing a particular form of education or the nagging on the speed at which he/she is more comfortable at doing the work assigned.

Children are by nature curious and they always want to stay up late and watch channels not permitted not because they are inclined towards bad behavior put they just do it out of plain curiosity and the thrill of adventure associated with doing the things which are off limits.

This is part of human innate behavior, so instead of shouting, scolding or punishing the child make him/her understand on the reasons behind what you are doing as this will serve as a confidence building measure and trick the child into believing that you are doing is in his/her great interest and you can do no harm.

Spend time with your child

Well, perhaps this is the most important point of your relationship and mostly, the highest neglected one as we do not tend to give enough time to our children due to our busy schedule, work or other commitments making the child devoid of the love, care and attention which is its right. You might not be able to lessen your work load or commitments but you can certainly plan for spending time with your child.

You can assign an hour each day, when you are just with your child listening to all the stories or fights he/she had in school or how pretty a drawing he/she made for you.

Ensure that you take your child for a picnic or a leisurely trip to camping, museum, park, amusement park or any other place you like and make it point of doing it every week and when you go there be free of all your work commitments, assigning elderly at your home to home care services and cutting off completely or even restricting any sort of outside contacts like emails, phones calls and texts to a bare minimum.

This is immensely important into making your child feel important which is not only its right but also the greatest gift that you can give to your child which will not only make its heart love you more but also help him/her in becoming an even more caring, loving and productive person that it currently is.