Separation in marriage is not something any couple would like to experience but people do get separated in marriage.

The reasons for separation are diverse and most of the time necessary for the couples involved.

Separation in marriage is not usually enjoyed by those involved and as such caution needs to be taken so it doesn’t result to something negative.

Before we delve into ways you can deal with this, there are some questions worth asking.

Do you want to salvage your marriage?

Is the separation meant to be a temporary one?

More often that not couples who undergo separation in marriage know what the outcome would be.

If you are currently undergoing a form of separation in marriage, there are ways of handling such situation.

When you’re separated from your spouse, it’s best to live with family members who understand what is going on than living on your own.

This is because you’ll be able to get better support from them than if you’re isolated.

Sometimes when you get separated, it becomes easier for you to think straight when you’re not with your spouse.

You might be able to understand the situation better. 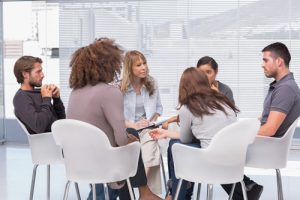 In times like this, you need guidance so seek the help of a marriage counselor.

Counseling has helped a lot of marriages today so there’s also a good chance that it will help yours.

It would amaze you to know that counseling can help an individual remain sane amidst trials in marriage.

If the two of you want your marriage to work out, you can both attend counseling classes together. 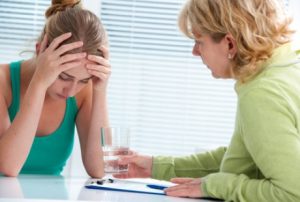 Whether you like it or not, during this period of separation you need to talk to someone.

Having a mentor would go a long way in fighting those emotions you feel.

A friend of mine got separated from her spouse for almost a year and honestly speaking one of the things that helped her through it was having a mentor.

With a mentor, you can pour out your feelings and get solid advice on what to do about the situation.

I may not know the reason for your separation but understanding that marriages are being attacked spiritually should be enough reason for you to want to pray harder.

This may be the only chance you have to save your marriage so the earlier the better.

Mind the company you keep:

Knowing for a fact that people get jealous of people, would you be surprised if I told you there are people out there who pray to be in your shoes?

At this time, you should beware of such friends because you might just get wrong counsel that may destroy your home forever.

If you get separated from your spouse, family members will surely know about it and trust me there will be hearsays.

People will have their different views about what happened, some may blame you and point accusing fingers at you.

It’s best to avoid confrontation as much as possible in order to prevent quarrels or arguments in the family.

Just be watchful and tread with caution.

Mind what you say:

In as much as you try to explain to people what happened whether it’s your fault or not, be careful about the things you say.

This is because your words can be used against you in the future or sooner than you think.

And if the wrong meaning is read to what you had said, imagine how people will react.

Separation in marriage is not a good journey to embark on when married.

I believe the tips in this article should give you a clue on how you can handle this situation if it ever happens to you or if you know someone who is.

Do you feel inspired to try them out?

My fingers are crossed. Goodluck!