Dinner was cold, and so was Jenny; she had hardly spoken a word since Tim arrived from office. He had checked his watch as he closed the front door as quietly as he could. 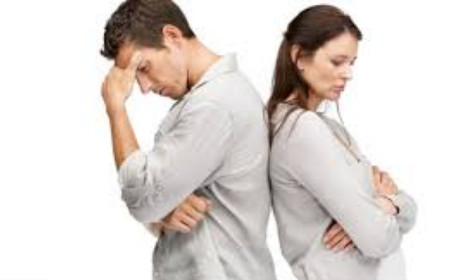 He wasn’t late, so what’s up now, he wondered. Was it the unusual calm before the storm? He quickly tried rummaging through his memory of the entire day for anything that might again lead them into a bitter duel (verbal, of course).

It had been a long day, and he just wanted to wind down and relax, but with Jenny’s somber face, it was beginning to get into his nerves. It’s only been two days since the last fight, and he had promised it was the last time he had lost his cool.

Jenny unceremoniously tossed the Mac, into the sofa beside me, with his social media profile open, and Tim grimaced at the sight of a friend request… It was going to be a long night!

It hurts when one is innocent, and there is nothing more to that friend request. Without a doubt, the other half has been losing some sleep, is angry, and has a right to an explanation.

In any case, the damage is already done. One wrong move and it might blow up the situation, causing damage that will need some expert negotiation skills.

Well, everyone in a relationship has had their share of problems. Each couple is different, and so are the issues. However, according to relationship experts, counselors, and social scientists, every couple’s issues are familiar. They might have a single root, but they all have the same growth and bear the same fruits.

That said it doesn’t undermine the damage they can cause. If a problem (however common it might be), is not nipped in the bud, might grow into a significant crisis and uproot the entire relationship. So, beware of any problem and solve the differences before it becomes more prominent and more reliable.

Below are the common relationship issues that couples face along with the remedies to help fix them.

Staying together under the same roof and sharing the same bed doesn’t necessarily mean spending some quality time together.

Time together is the most common issue that every couple faces at some point in their relationship. An area that most couples fail to address until it’s already quite late.

A pressing professional life, nursing kids, a vocational training, well the causes can be endless. While each of them might be towards creating a better experience: financially and socially, it might take a toll on the relationship.

A lifestyle that doesn’t have ample room for each partner to reflect and grow individually will rot the very attraction that binds them together.

According to relationship experts, the best way to deal with it is to acknowledge the issue and make every possible professional arrangement to ensure that one often has some quality time to spare.

Starting a tradition like a Sunday brunch or a visit to someplace of interest can work wonders once in a fortnight for those looking for some time off, joining a hobby class, or furthering your professional or academic career will help retain the personality that made you attractive.

According to a recent survey, it was found that seventy percent of couples pick up serious arguments regarding finances at least once every fortnight.

It might range from long term financial goals, investments, savings, and debts to simple credit card and bill payments. Often, these arguments give rise to differences that stem from the power dynamics within the relationships.

And this can be toxic. While open-minded discussions are the best way of dealing with the issue, joint financial planning, and setting up individual and collective financial goals can also go a long way in fixing the problem.

The drive and passion of the initial attraction might lose its strength as partners become more open about their sexual preferences.

While dealing with the emotional needs and wants can be decreased by words and adjustments, physical wants and needs require immediate action.

The act of lovemaking is the most significant expression of love, and it’s the most intimate form of affection. How much you want and need can be contentious. And, even keeping the lights ON or OFF during the act, might be an issue. To fix these problems, each partner needs to be sensitive about the other’s needs. Being vocal about the problem, making adjustments, and seeking professional help are the best ways to fix it.

As couples begin discovering each other emotionally, mentally, and physically, the differences start to appear.

A wet towel on the bedroom floor or clutter of dishes might be enough to wreck one’s nerve on a bad day. Yes, unhealthy habits can be an issue. Individual habits one must understand can be overcome only by one’s willingness and conscious efforts. No amount of coaxing or goading is going to drive the other away from bad habits.

Voicing your concern and letting one see how the habit’s unhealthiness is adversely affecting the relationship might be a good start.

For major concerns is always advisable to take professional help.

As reported by most young couples, the lack of trust is a significant issue in most relationships. Infidelity being a substantial cause of the increasing number of divorces and broken homes, mutual trust is elusive. It is a serious issue and immediate attention, as it can be potent enough to wreck any relationship and cause much hurt and agony.

Being open about one’s relationship status socially and in the virtual world, can help build the foundation. Common passwords for individual email and social media accounts and having a few trustworthy familiar friends can be some remedial measures.

Relationships demand effective communication and an unquestionable commitment for it to blossom.

Jenny couldn’t stop her smile as she saw Tim hit the REJECT button!