So you’re the less feminine one in your bunch of friends. You’re independent, have your own style, and not into girly stuff. If you’re having trouble finding someone to date, it might be worth considering why men go for more feminine women. 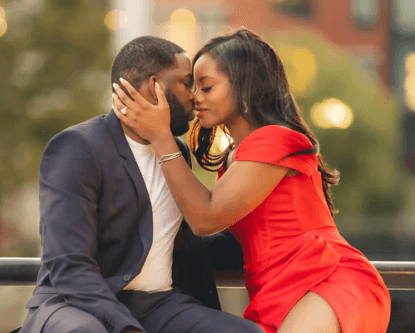 You don’t need to completely change who you are. However, consider these tips if you want to understand a more girly girl’s appeal in a man’s eye.

1. It makes him feel needed

I know you’re expecting your independence and level-headedness to be appreciated by your partner. Maybe even attractive. However, the truth of it is, your guy wants to feel manly and in charge. At least from time to time.

He will not find it cute if you are always on top of things and show no signs requiring his support. Your guy wants to prove he is dependable as much as the next man. So if you can, try not to steal his spot-light all the time.

2. It increases his sexual appetite

When it comes to being a bit more girly, you don’t need to force yourself to change everything. You can try making baby-steps, such as changing things on the surface. Or underneath the surface. Go for sexier, more feminine lingerie. That won’t require you to change your entire wardrobe, but it will surely change your guy’s perspective of you. It will also raise his sexual interest and his desire for you.

While sweatpants and large hoodies are comfortable, they rarely lead to a sexual encounter.

3. It brings out the macho in him

Dating an overpowering and more successful woman can be very hard for a man. If you want your boyfriend to feel more masculine and in charge, let him take control of things. At least occasionally. Let him feel more powerful. Even if it’s just physically.

It can be small things, but they can mean a lot to him. Allow him to pay for dinner or ask for help when you need something sorted around the house (even if it’s opening that bottle cap that just won’t budge). It’s things like these that can make a vast difference for him.

4. It boosts his self-esteem

While your guy can grow tired of being suffocated by your neediness, no attention-seeking on your part can be just as dangerous. After all, he is a man and, deep down, he expects to see more affectionate displays from you than himself.

If he is the one asking for cuddles and attention more often than you, it will make him feel strange and unwanted. The ideal girlfriend should try to balance these dynamics out for a relationship to go smoothly.

5. It makes you seem manly

No matter what they say in public, I’ve had numerous male friends admit that dating an unfeminine woman feels like dating a guy friend. Your guy has enough male chums, and unless he is gay, he wants to feel like he is dating a woman, not a man.

He will appreciate feminine mannerism and behavior in his girlfriend more than unfeminine one. This also applies to how you dress or talk to him. So, if you’re interested in becoming more girly, skip the manly language such as “buddy” or “mate”.

6. It makes you appear ungraceful

Your guy might not say it out loud, but he appreciates when you take care of your outward appearance. Be it wearing minimal makeup or merely shaving your legs, he is bound to find that more attractive than the opposite.

Unfeminine women tend to leave an untidy impression, even if sometimes that’s not the case. If you want to attract a guy, you’ll have better chances if he is not left with such an impression of you.

7. It can intimidate him

You might want to show off that you are independent and can manage splendidly on your own. That’s a fantastic thing and something to be proud of. However, when it comes to dating, you need to look from a guy’s perspective as well.

Your boyfriend can feel intimidated by your attitude and way of life. He might feel weak in comparison and out of place. Try to avoid that if you want your relationship to last.

Although it can be challenging to adjust to some of your man’s inclinations and preferences, it is worth knowing when to give in once in a while. Relationships are a two-way street, so you need to compromise if you want any man to like you.

So, next time you get ready to go on a date or approach a guy you’re interested in, remember these tips and give them a try.